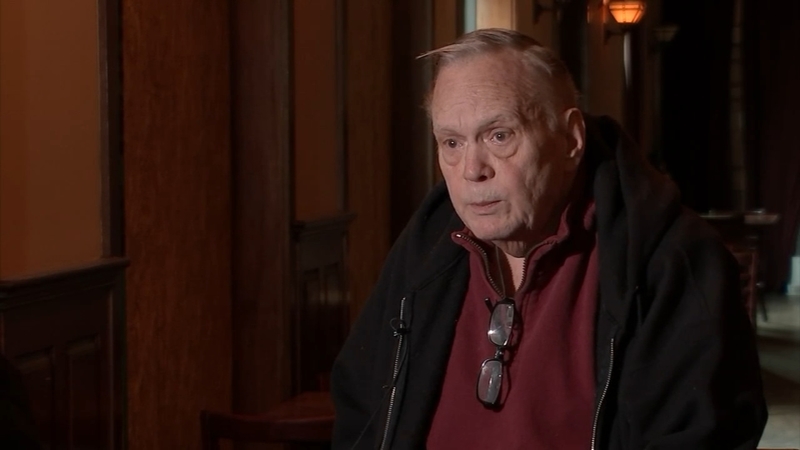 PHILADELPHIA (WPVI) -- The new year got off to a rough start for West Philadelphia bar owner Jack Gillespie. His business was vandalized.

It's the latest and most heinous act of vandalism Gillespie said he's encountered. He believes the incident stems from a gathering at Millcreek Tavern in November.

The backlash began after being alerted the group of people was likely affiliated with the Proud Boys, a far-right organization, who self-identify as "western chauvinists."

"There was no meeting. There was no solicitation. They acted like normal people at a bar," Gillespie said.

Gillespie said he did not know of the Proud Boys at the time, saying the group entered the bar with some swag, but he didn't see it as offensive.

Gillespie took to Facebook to try and cool some of the controversy.

The group ended up being members of Turning Point USA, a conservative student organization. However, a few days later, Gillespie said he came to the bar to find someone had thrown a projectile through one of the windows.

"I reported it to the FBI who came out and spent some time with me, and today, I'm going to do the same thing," he said.

On New Year's Day, Gillespie came to find seven of his windows broken and graffiti on his walls.

He's accused the leftist, anti-fascist organization, ANTIFA as the culprits.

"I'm not going to go into that," he said when asked about the allegations.

Gillespie said given what he knows now, he's not sure he'd do anything differently.
He says he's never condoned radical behavior and believes those that know him best know he didn't mean any harm to anyone.

"I can't help people being offended over nothing," he said.

Action News reached out to the Proud Boys, Turning Point USA, and ANTIFA for comment but have not heard back.