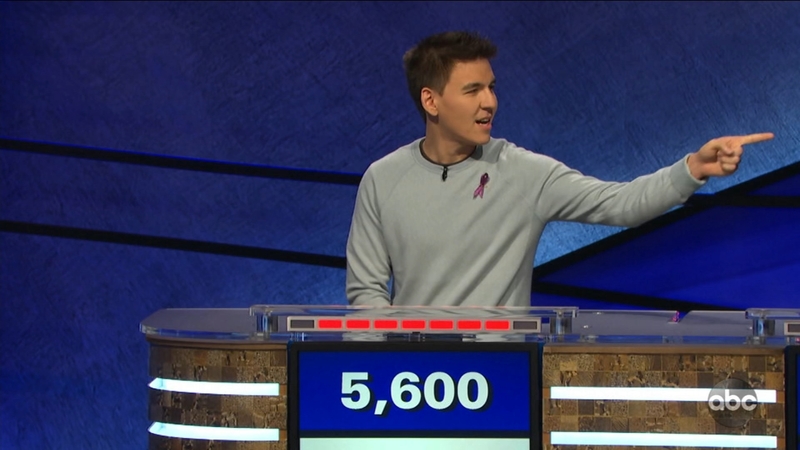 The "Jeopardy! The Greatest of All Time" tournament is serious business, but that doesn't mean the contestants won't poke a little fun at each other along the way.

During the second game of night one, James Holzhauer - 'Jeopardy James' himself - was in control of the board. He selected the category American Idols for 600.

The legendary Dick Clark was an idol of mine growing up, we both started as D.J.s, me in Los Angeles & Dick in this city where he first hosted "American Bandstand"

James was first to buzz in.

But James did not give his response at first.

No. His initial reaction was a mocking laugh in conjunction with a finger point directed toward Lancaster County native Brad Rutter.

"Haha," James taunted the Pennsylvanian, before turning back to Alex and saying, "What is Philadelphia?"

Brad, a Manheim Township High School graduate, played along for not getting his hometown clue first.

"American Bandstand" aired live five days a week from WPVI's Studio B until moving to Los Angeles in the 1960s.

But it was neither James nor Brad who came out on top during night one of the competition.

Ken Jennings walked away the winner of the first match with a winning total of 63,400 points. James came in second, with just 200 points less.

The first contestant to win three matches will be declared the GOAT.