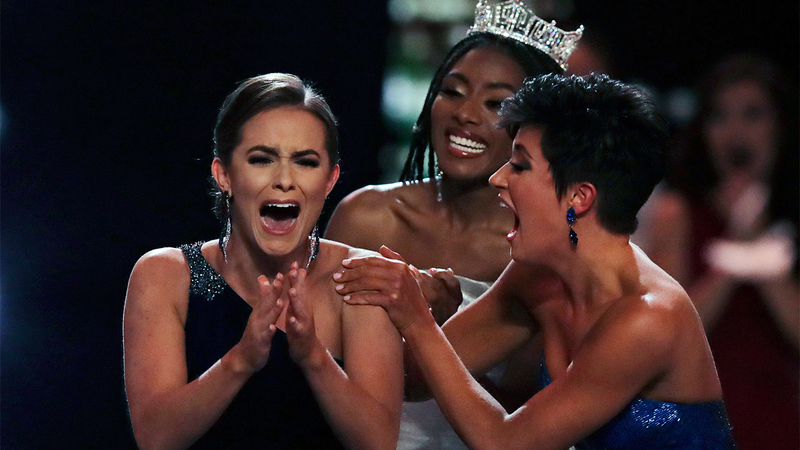 ATLANTIC CITY, New Jersey (WPVI) -- The Miss America Organization's president and CEO, one of the forces behind the decision to drop the competition's swimsuit portion, has stepped down, the organization announced.

Hopper said she formally notified the board two weeks ago that she planned to return to a full-time job involving transportation.

Board Chairwoman Shantel Krebs will replace Hopper on an interim basis while the board searches for a new president and CEO.

Hopper assumed leadership of Miss America in May 2018 as part of a series of changes that occurred after an email scandal in December 2017, which led to the ouster of the pageant's mostly male leadership.

They were replaced by female leadership including Hopper and former Fox News host Gretchen Carlson. Carlson stepped down as chairwoman in June.

Hopper was formerly the president and CEO of the Intelligent Transportation Society of America.

"I am proud of the progress that has (been) made over the last two years to advance scholarship and service opportunities for women while promoting the importance of inclusivity and diversity," Hopper said in a statement to The Press of Atlantic City.
Report a correction or typo
Related topics:
community & eventsatlantic citymiss america
Copyright © 2021 WPVI-TV. All Rights Reserved.
TOP STORIES
Family of man killed outside of Pat's King of Steaks speaks out
Arrest made in 13-year-old murder in Frankford: Police
Firefighter killed in I-76 crash ID'd; other first responders injured
Comedian Jackie Mason dies at 93
New legislation would require women to sign up for potential draft
Should vaccinated people mask up with COVID-19 cases rising?
Black car buyer's experience marred by dealer's 'racist' Facebook post
Show More
LeVar Burton taking over as 'Jeopardy!' guest host Monday
Police ID man charged with murder after shooting at Pat's Steaks
Strangers gift $60K to beloved airport piano player after viral video
AccuWeather: Humid, PM T'Storm
2 teens shot, 1 critical in Northeast Philly: Police
More TOP STORIES News