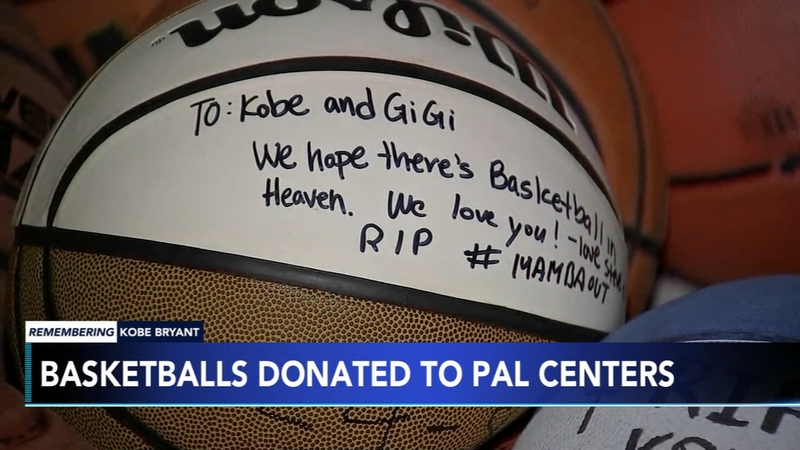 People started leaving items outside the Kobe Bryant Gymnasium after news broke that the NBA legend, his daughter, and seven other people were killed in a helicopter crash last month.

Lower Merion School District says the basketballs left at the memorial were donated to Police Athletic League (PAL) Centers across the city.

"LMSD hopes the children who will play with them are inspired by Kobe's work ethic, drive for excellence and love of the game," the district said.

In Los Angeles, 1,300 basketballs were collected from a makeshift memorial outside the Staple Center on Tuesday. They will be stored at the request of the Bryant family.