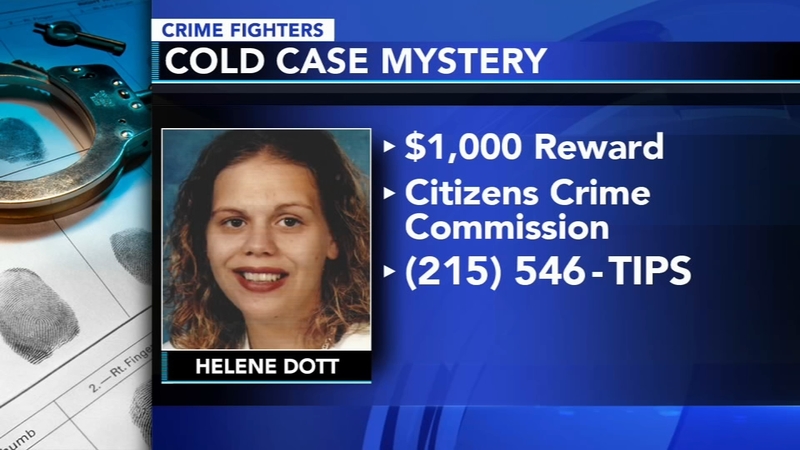 COLLINGDALE, Pennsylvania (WPVI) -- A grieving father is hoping you can help him solve his daughter's murder over two decades ago.

"My daughter, Helene, single child, very athletic, played sports of course. Me being an athlete myself., I didn't teach her dollhouses and stuff, like I taught her to play softball, basketball," said Robert Dott.

Dott misses his daughter, Helene, every day, despite her being gone for 21 years.

"That was in December 29, 1999. She was found in Delaware County by the old abandoned railroad," he said.

The 21-year-old's tragic death was originally deemed an overdose but her father never believed it.

"It was determined that she died of an overdose of heroin. Enough heroin to kill 50 people, according to the medical examiner," he said.

In 2002, the cause of death was changed to murder. Dott said the night before she died Helene got a phone call.

"She said, 'Mom, I'll be right back in. I'm running outside to a car.' She didn't take her keys, her cigarettes. She had pajama pants on, threw a coat on, went out. She never returned," Dott said.

Helene's body was found the next morning on Wolfenden Avenue at the CSX railroad tracks in Collingdale, Delaware County.

Dott said about two weeks before her death Helene had a run-in with the law after she bought a computer from a Best Buy store with a stolen credit card.

"Big mistake my daughter made, big mistake," he said.

The charges against Helene were dismissed. Dott said he's not sure if the two are connected.