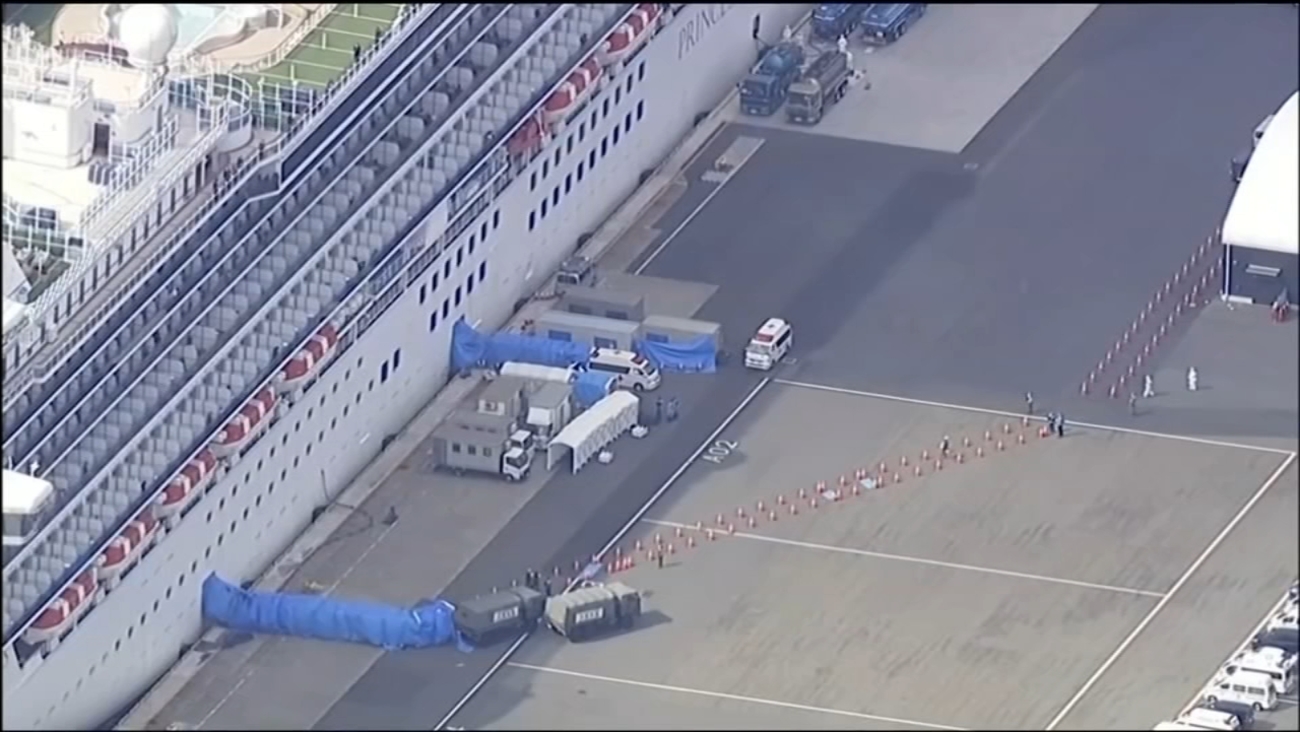 TOKYO (WPVI) -- Japan's health minister said the last cruise ship passengers who tested negative for a new virus will leave the Diamond Princess on Friday after a much-criticized quarantine of the vessel ended.

The ship docked at a Yokohama port has the most COVID-19 cases outside of China, with 634 confirmed by late Thursday. Two former passengers have died.

Health Minister Katsunobu Kato told a news conference the mass disembarkation into Japan of passengers from the ship is set to end Friday, while dozens of foreign passengers are flying back to their home countries on flights chartered by their governments.

Most crew members and other passengers who have not completed their 14-day quarantines because they had more recent contact with infected people are staying on the ship for now, but they will be transported to a government facility to be quarantined in isolation.

Japan is discussing with the ship operator and home countries of foreign crew members over their future movements, he said.

Japan's government has been questioned over its decision to keep people quarantined on the ship, given the tight quarters and the difficulty of isolating sick people from the healthy.

The two fatalities, a man and woman who were both Japanese and in their 80s, were believed to have been infected before health checks and a Feb. 5 quarantine began on the ship, Health Ministry official Masami Sakoi said. It was not immediately known if they had any roommates on the ship.

The new coronavirus that causes COVID-19 has sickened tens of thousands of people, mostly in central China's Hubei province.

The U.S. and other countries have put former Diamond Princess passengers in second quarantines. Eleven Israelis returned home early Friday and were taken to the Sheba Hospital near Tel Aviv for quarantine and testing.

Australia said two passengers tested positive after they returned home. Because of the incubation period of the virus, more cases may be expected, said Brendan Murphy, Australian Chief Medical Officer.

"We don't know that (more will test positive), but if they do, we are completely well set up to detect and manage them and isolate them," Murphy said.

Kato said Australia, like the U.S., brought home a mixture of passengers who tested negative and others who were not tested and had an unknown status, therefore it was difficult to know when or how they had contracted the virus.