CDC warns to prepare for spread of coronavirus symptoms, cases 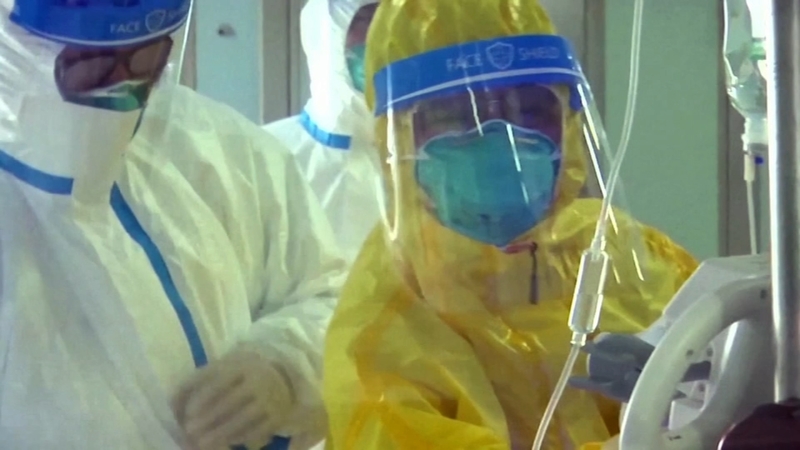 WASHINGTON -- U.S. health officials issued what appears to be a strong warning about novel coronavirus on Tuesday - it is not a matter of if, but when it will spread in communities in the U.S. and that Americans should prepare for "significant disruption" to their lives as a result of the virus.

Until now, health officials hoped to prevent community spread in the U.S. from occurring. But following community transmission in countries Italy, Iran and South Korea, health officials believe the virus may not be able to be contained at the border and are urging residents to prepare.

This comes in contrast to the Trump administration. On Tuesday, DHS Secretary Chad Wolf said the threat to the U.S. from coronavirus "remains low." The White House is seeking $1.25 billion in emergency funding to combat the virus.

"Ultimately, we expect we will see community spread in this country," Dr. Nancy Messonnier, director of the CDC's National Center for Immunization and Respiratory Diseases, said at a coronavirus news conference.
Messonnier added that Americans should channel their concern about the virus, officially called COVID-19, into preparing for its arrival.

Now, officials want people to start thinking about different kinds of measures they might see if the virus starts spreading, including closing schools and encouraging telework. Those steps were taken during the 2009 H1N1 flu pandemic.

"Part of preparedness is an educated population thinking about the future," said Azar.

"The immediate risk to the general American public remains low, but that has the potential to change quickly," he added.

Azar said that nearly two months after the first alarms were raised, there's no evidence the virus has spread here beyond patients infected overseas and a few close relatives. He credited travel controls and mandatory quarantines, adding that government scientists are working to develop a vaccine and to perfect a test for detecting the virus.

"We cannot hermetically seal off the United States to a virus and we need to be realistic about that," the health chief acknowledged. "We'll have more cases in the United States, and we've been very transparent about that." If it happens, "we'll work to mitigate those."

In an indication of the challenges, Azar said the government currently has stockpiled 30 million special N95 respirator masks but 300 million would be needed to protect health care workers in an outbreak.

Azar told senators that U.S. cases currently total 57. That includes 14 who either traveled to China or were close relatives of travelers; three Americans repatriated from Wuhan, the epicenter of the outbreak in China; and 40 passengers returned home from the cruise ship Diamond Princess.
The quickly spreading virus has slammed the economy of China, where the virus originated, and caseloads are rapidly increasing in countries such as South Korea, Iran and Italy. More than 80,000 people around the world have been infected, with more than 2,500 deaths, mostly in China.

What are the symptoms? And how does it spread?

Coronaviruses usually cause mild to moderate upper-respiratory tract illnesses, according to the CDC. This includes the common cold, and most people will be sickened by these viruses in their lifetime.

Like the cold, it spreads from one infected person to another through the air, personal contact or surfaces with the virus on it.

Only two other human coronaviruses -- besides the one in the most recent outbreak -- are known to frequently cause severe symptoms: SARS and MERS (Middle East respiratory syndrome).

Dr. Anthony Fauci, the National Institutes of Health's infectious disease chief, said the first U.S. clinical trials for a possible coronavirus vaccine could begin in one to two months. He said a vaccine is a year to a year-and-a-half away.

He said that while only a few cases have turned up in the U.S. from travelers outside the country, a pandemic would affect every country. A pandemic involves the continual spread of sustained transmission from person to person in multiple regions and hemispheres throughout the world simultaneously, Fauci noted.

As for a possible vaccine, Fauci said the U.S. is one to two months from way from a Phase One trial to determine safety.