Ohio man brings llama as a guest to his sister's wedding 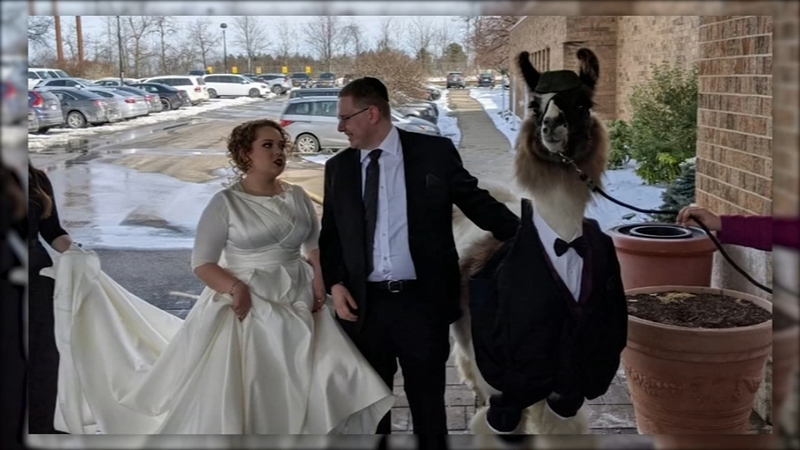 Ohio man brings llama as a guest to his sister's wedding

An Ohio man brought a llama dressed in a tux to his sister's wedding as a part of a five-year-long joke.

The bride, Riva Weinstock, appeared to be unamused. Her reaction to the well-dressed wedding crasher was caught on camera and seen around the world.

Mendl Weinstock says it started when his sister began talking endlessly about her future wedding during a car ride with some friends.

So he blurted out that if he had to go, he was bringing a llama with him.

He kept his promise.

Mendl rented a llama, named Shockey, for $400. He even had a custom tuxedo made.

Although the llama had to stay outside the wedding hall, Riva's friend was in on the joke and placed two inflatable llamas at the sweetheart table.