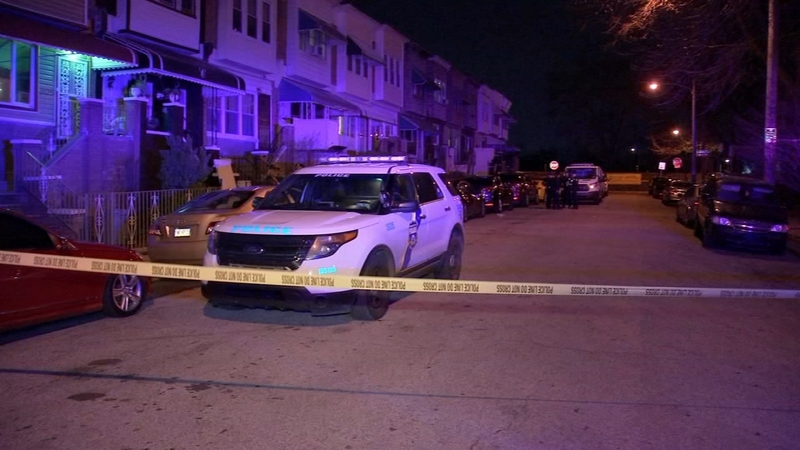 PHILADELPHIA (WPVI) -- A 59-year-old woman was hit by a stray bullet while she was walking her dog in North Philadelphia.

According to her husband, Charles Brookins, the bullet broke her tibia. He said his wife, Wanda Brookins, spent the night at the hospital.

It happened shortly after 10 p.m. on North 32nd Street near Clearfield Street.

Charles Brookins, who has lived on the block for 30 years, explained he and Wanda were on their last walk of the night with their dog Jojo, when Wanda was hit by a stray bullet.

"We just heard a 'pop', and she thought- something- like a rock hit her or something, but when we look down we'd seen the blood," Charles recalled.

Surveillance cameras captured at least part of the incident.

"It clearly appears that she was struck by stray gunfire while she was out with her husband, walking her dog, right outside of her house," said Philadelphia Police Chief Inspector Scott Small.

Police are still trying to determine who opened fire and where exactly the bullets came from.

"Right now we don't have a description of the shooter or shooters," according to Small.

Charles, an Army veteran, looked around and saw the group on the other end of the block had scattered.

Charles is grateful her injuries weren't even worse.

"Instead of her leg, it could have been her head or chest," said Charles.

"This is totally something new to me. We usually don't have this type of thing around our neighborhood, and hopefully it will be the first and last time it ever happens," said nearby resident Mark Pollock.