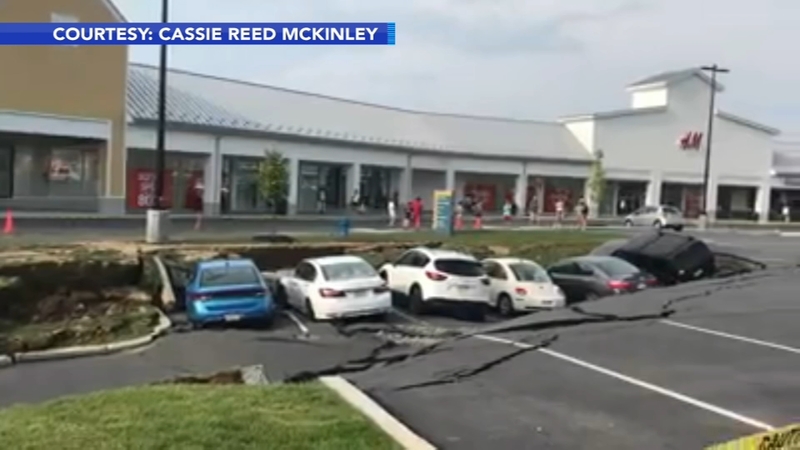 LANCASTER, Pa. (WPVI) -- Six cars were swallowed by a sinkhole that opened up Friday afternoon in the parking lot of the Tanger Outlets in Lancaster.

Witnesses say it felt like an earthquake when the hole opened up right around 4:30 p.m.

Bystanders helped rescue at least one woman who was inside her car during the collapse.

No one was hurt but the vehicles involved can't be removed until the area is stable.

Local officials are still working to determine why the sinkhole developed.