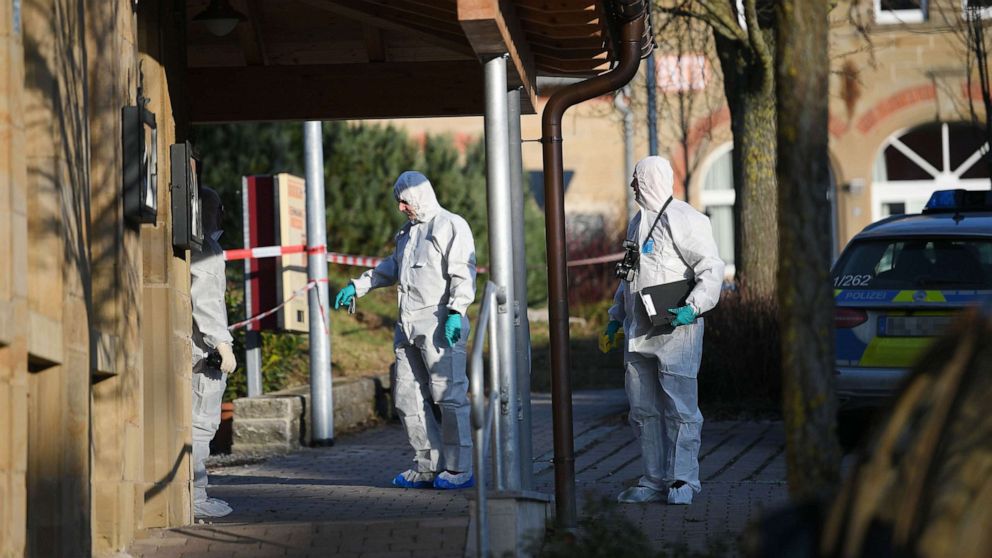 ABCNews
By GUY DAVIES
Six people are dead and two injured after a shooting in the German town of Rot am See on Friday, local police told ABC News.

The suspected gunman's mother and father were among the victims.

Two more people were injured in the shooting, one of whom was described as in a critical condition at a press conference Friday afternoon.

Police were called to the scene of the shooting, in a building near the town's main railway station, shortly after midday Friday. Some victims were shot inside the train station, while others were shot in a nearby house, local police told ABC News.

The alleged gunman, a 26-year-old man who police said had a gun license, was arrested shortly after the shooting.

It is not yet clear whether the alleged gunman's siblings were killed in the shooting, although all six victims were family members.

The town of Rot am See lies in southwestern Germany, between the major cities of Frankfurt, Stuttgart and Nuremberg.