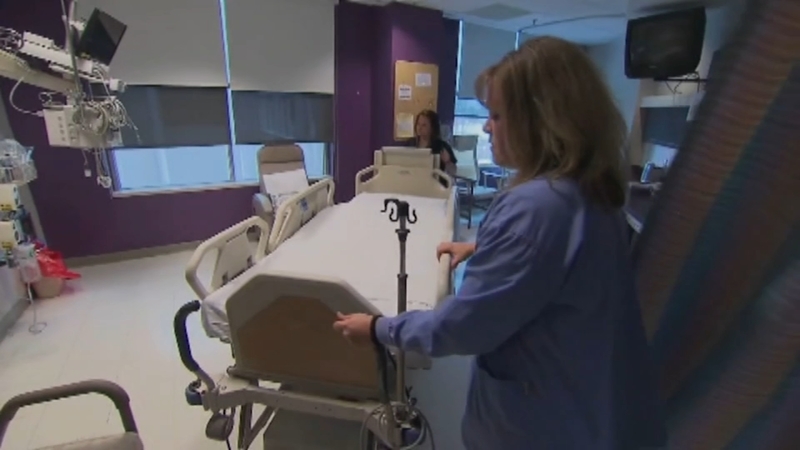 PHILADELPHIA (WPVI) -- The Action News Data team analyzed the number of hospital beds in our region, and while this outbreak is fluid and has many variables, the outlook for bed capacity is grim.

As testing picks up and infection numbers begin to multiply, health officials are worried our hospitals will get overwhelmed.

Our data analysis found that if more than just one percent of the region gets the COVID-19 virus, hospital beds could be over capacity.

Our analysis assumes a 15% hospitalization rate and that half of all hospital beds in Pennsylvania and New Jersey are already filled with patients for other illnesses and conditions.

"Right now the model predicts by mid-October we will be over capacity by over 33,000 beds," he said.


Health officials across the region said they're taking measures to prepare.

That includes some states waiving capacity regulations to bring more beds into the fold.

New Jersey has requested support from the US military to help expand Intensive Care Unit capacity.
New beds are already being put in place according to New Jersey Health Commissioner Judith Persichilli.

"Two hundred and sixty additional beds can be brought online and will be prepared today. Of those, 199 are in the north, 11 are in the central region and 50 are in the south."

The Action News analysis found Lehigh, Philadelphia, Atlantic, Salem and Camden counties have some of the best bed capacity per capita in South Jersey and Southeastern Pennsylvania.

Chester, Bucks, Cumberland and Burlington counties are among the worst.