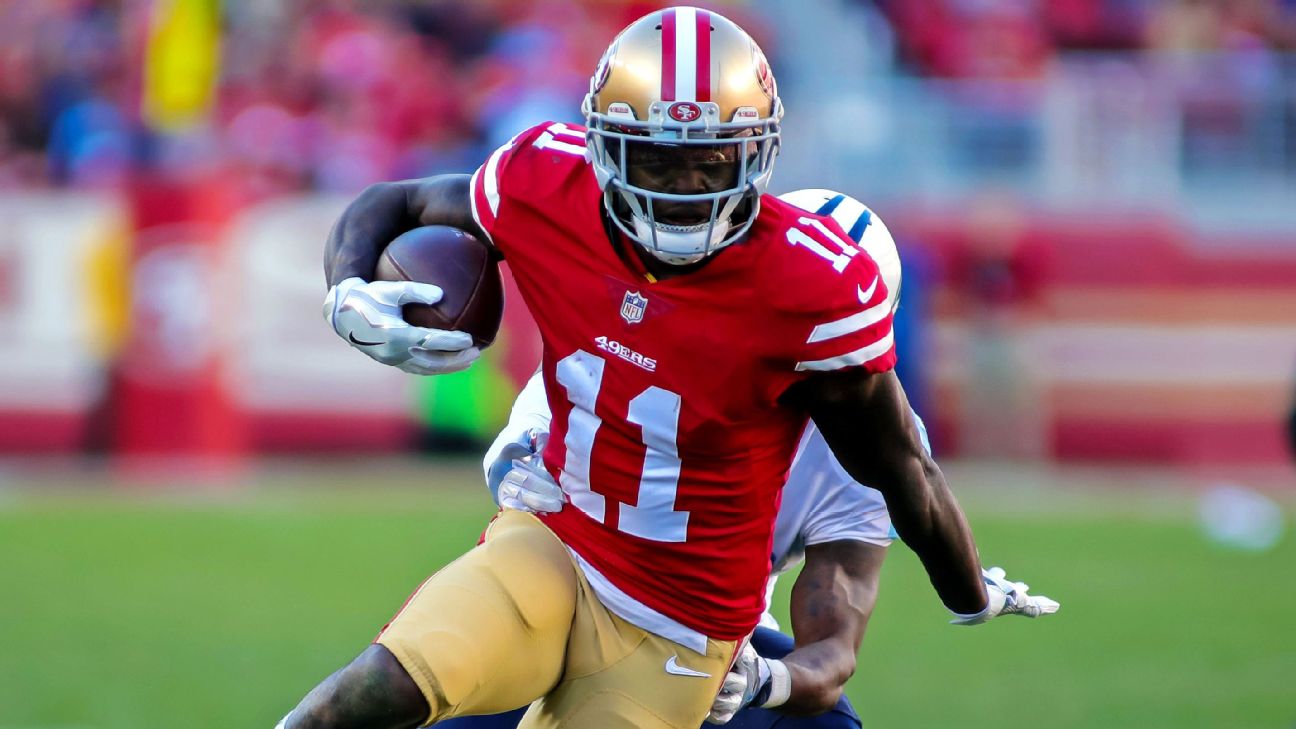 PHILADELPHIA -- The Eagles have acquired wide receiver Marquise Goodwin in a trade with the 49ers.

The teams also flipped sixth-round picks, with the 49ers getting pick No. 190 (Georgia tight end Charlie Woerner) and the Eagles receiving pick No. 210.

Goodwin has plenty of what the Eagles have prioritized this offseason -- speed -- boasting a 4.27 40-yard dash time coming out of Texas in 2013.

The 49ers had been shopping Goodwin for most of the offseason after he finished last year on injured reserve with knee and foot issues. Before that, he had slipped down the depth chart as he struggled with drops and inconsistent production.

Goodwin, 29, missed 12 games over the past two seasons after a breakthrough 2017 season in which he set career bests with 56 catches for 962 yards and a pair of touchdowns. Deebo Samuel, Emmanuel Sanders and Kendrick Bourne surpassed Goodwin in the pecking order early last season, and Goodwin had just one catch in his final four games with the Niners before going on injured reserve. Overall in 2019, Goodwin had 12 catches for 186 yards and a touchdown before injuries ended his season.

The Eagles added TCU speed receiver Jalen Reagor in the first round of the draft in an effort to help ignite an offense that was too plodding in 2019. Goodwin was added to the mix via a low-risk trade, with the Eagles taking a shot on his upside.

Goodwin's three-year tenure with the 49ers was marked with its share of highs and lows as Goodwin dealt with a number of personal tragedies, including he and his wife losing multiple children from pregnancy complications. In February, Goodwin announced via social media that he and his wife had a baby girl, named Marae, and he proudly tweeted that he was a "#GirlDad."

Goodwin entered the league as a third-round pick of the Buffalo Bills in 2013 and spent four years there before becoming one of the Niners' first free-agent signings after coach Kyle Shanahan took over in 2017.

A former Olympic long jumper, Goodwin had said he intended to qualify for the 2020 Summer Olympics in Tokyo before they were pushed to 2021 by the coronavirus pandemic.

Upon trading Goodwin, the 49ers will save $3,656,250 against this year's salary cap. Goodwin also brings a $1.25 million dead money charge for this year's cap. The Goodwin trade is the third the Niners have made on a busy day in which they have also traded for left tackle Trent Williams, seen long-time left tackle Joe Staley announce his retirement and traded running back Matt Breidato the Miami Dolphins for a fifth-round pick. 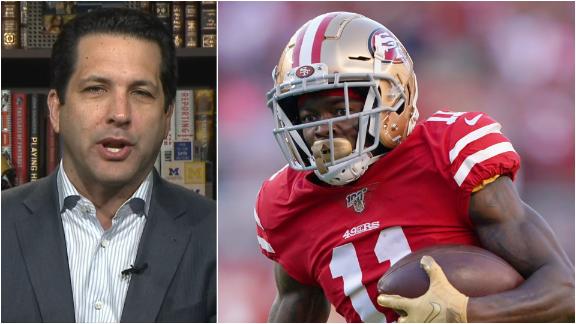