This comes after federal agents seized his cellphone Wednesday night as part of the Justice Department's investigation into controversial stock trades he made as the coronavirus first struck the U.S.

The LA Times was the first to report on the warrant.

In a statement, U.S. Senate Majority Leader Mitch McConnell said Burr contacted him Thursday morning to inform him "of his decision to step aside as Chairman of the Intelligence Committee during the pendency of the investigation."

"We agreed that this decision would be in the best interests of the committee and will be effective at the end of the day tomorrow," McConnell said,

Burr of North Carolina, the chairman of the Senate Intelligence Committee, turned over his phone to agents Wednesday after they served a search warrant on the lawmaker at his residence in the Washington area, a law enforcement official told ABC News, speaking on condition of anonymity.

The official said that the warrant was approved "at the highest levels" of the department, while not naming specific individuals who may have signed off.

Shortly after the news broke, Burr told ABC News' Allison Pecorin on Capitol Hill that he's cooperating with the investigation and has been"since the beginning." He said he stepped aside as Senate Intelligence Committee chairman to avoid the "distraction" from the panel's work.

"The work the Intelligence Committee and its members do is too important to risk hindering in any way," Burr said in a statement released Thursday afternoon. "I believe this step is necessary to allow the Committee to continue its essential work free of external distractions."

Burr has been criticized for reportedly selling more than $1 million in stocks in February prior to the market taking a sharp downturn. Burr said he welcomes a review of his stock sales and denies any wrongdoing.
Report a correction or typo
Related topics:
ncrichard burrfbi
Copyright © 2020 WTVD-TV. All Rights Reserved.
More Videos
From CNN Newsource affiliates
TOP STORIES 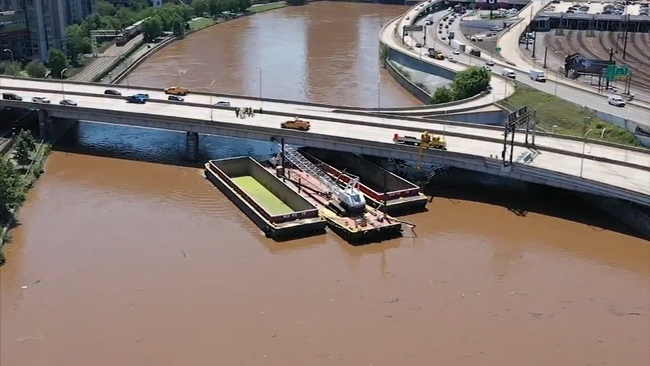