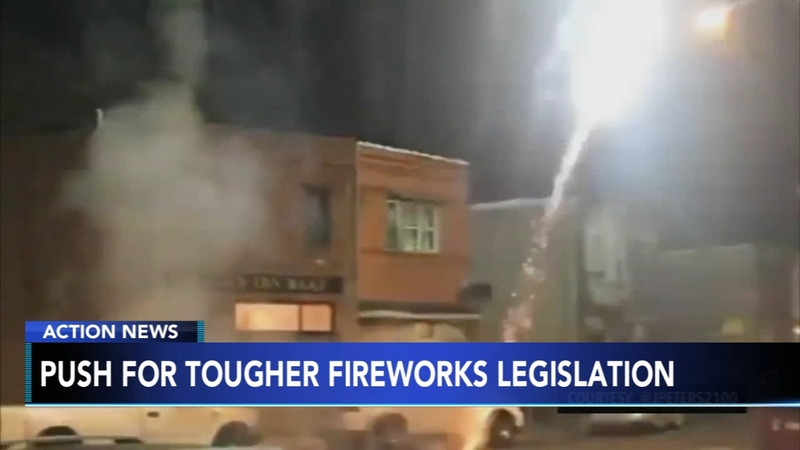 HARRISBURG, Pennsylvania (WPVI) -- For weeks now, people around Pennsylvania have been subjected to fireworks going off at all hours.

State Representative Frank Farry of the 142nd District introduced tougher fireworks legislation in 2018 and 2019, but it did not get a vote.

Farry says he hopes that changes because people are fed up and are reaching out to their representatives.

His legislation would require fireworks vendors to prominently display the regulations so people are better informed about the rules.

Hours would be restricted between 10 p.m. to 10 a.m. except on some holidays like the Fourth of July.

Municipalities would get greater authority to enact their regulations. And penalties would be stiffer.

"Right now, the penalty, it's $100 ticket. It's like getting a traffic ticket. So it would increase the penalties for subsequent offenses," said Farry. "So if you have that neighbor that keeps shooting them off and law enforcement issues a ticket, the next time law enforcement comes out it's going to be much more of a significant a fine."

"I think as things, unfortunately, move forward, and as we get through the Fourth of July, and more injuries are reported and more fires happen, more people complain about the nuisance component of it," said Farry. "Hopefully, we can build some momentum."

Farry says there are not enough votes in Harrisburg for an outright ban on the fireworks in the state.