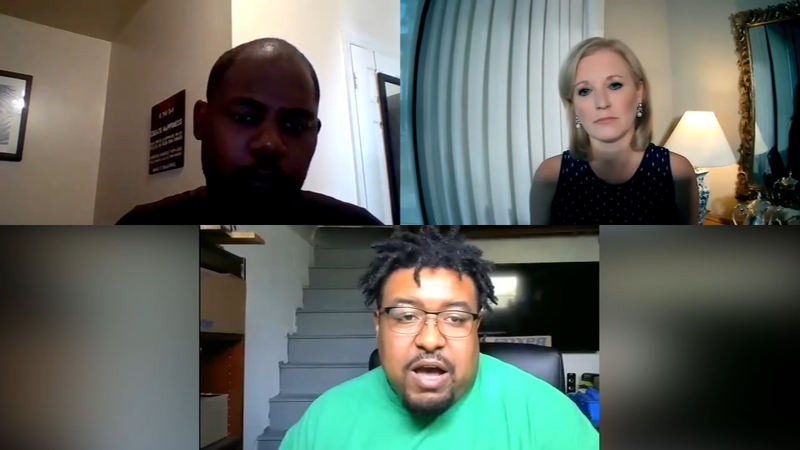 PHILADELPHIA (WPVI) -- The group called Concerned Black Workers at the Free Library of Philadelphia is calling for immediate changes to an institution where they say they experience bias and harassment and earn less than white staff members.

They also say the library has no clear plan to protect them from Covid-19 which has disproportionately impacted people of color.

"Number one. Our workers don't feel safe at work," said Andre Bracy, a programming analyst for the Free Library. "We don't have all the necessary supplies that we need. There's a lot of things that need to change."

"We want them to take action. We're at a time when sitting on the sidelines in silence is a part of the issue, is a part of the problem," said Fred Ginyard, a community organizer for the library system.

After writing an open letter to the board of trustees, they're getting support from some of the most well-regarded authors in the literary world.

Pulitzer-prize winning novelist Colton Whitehead was the first to cancel a virtual event at the library. More authors have followed.

The Free Library is posting the cancelations with a link to the Black Workers open letter calling for change.

Of the author cancellations, Bracy said, "We need someone that's going to work with us, and these authors are standing in solidarity with us and showing us that, you know what, we are important."

"My hope is that with the notoriety of authors not coming to the library that we have the ability to push this conversation forward and to be a model for this country," Ginyard added.

The employees have written two open The latest letter on July 9th called for the resignation of the President and Director of the Free Library, Siobhan Reardon.

The Free Library's Board of trustees did respond to that first open letter. They pointed out that they've hired an outside diversity consulting group and are "committed to confronting and eradicating any form of institutionalized racism" at the Free Library of Philadelphia.

Open Letter from Concerned Black Workers at the Free Library of Philadelphia and the response: