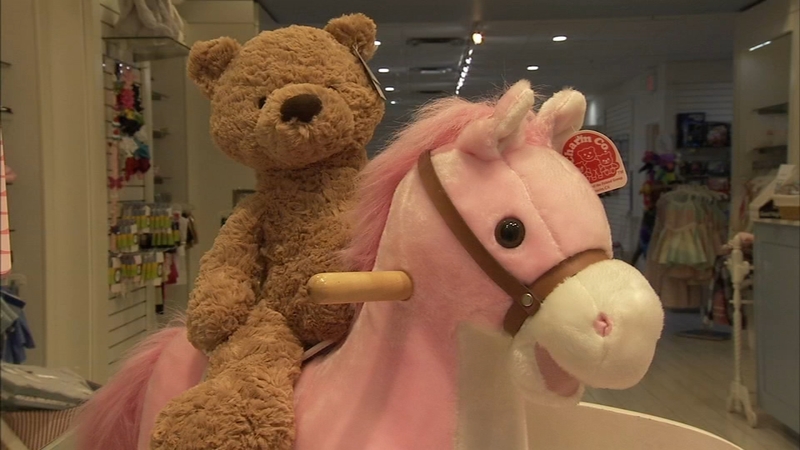 PHILADELPHIA (WPVI) -- For weeks, stores along Chestnut Street in Center City Philadelphia have remained boarded up after the looting and vandalism that followed a day of peaceful protests.

The boards have been on the windows of The Children's Boutique since that weekend of May 30.

This week, they reopened and restocked.

The owner says it was a hard decision, and one that took a lot of faith and hope for the future.

"It's like people walked into your home and they just kind of they cleared out your home," says Hillary Wing, the manager of the Children's Boutique. "This is our home. We've been here for years."

"Everything blew apart," says Linda Berman, the store's owner. "For me, it was heartbreaking. It was a heartbreaking moment in my life. Putting up the boards was horrific."
A stroll up and down Chestnut Street, and you will see that most of Berman's neighbors have not yet come back.

"They did take everything they could get their hands on, and that was hard. That was hard," she says.

Berman has been in business for 56 years and she was not about to give that up.

"A few people said we were doing it a little too soon, that we should wait for J. Crew or others," Berman says. "I like that we have a head start. I like the positivity that it's giving the other merchants

and it's making our customers feel that there's a light at the end of the tunnel."
Light, it's what she remembers when the boards finally came off.

"Seeing the sun come in for the first time," she smiles. "I have to be positive. I have to be, because there's no other way to do this."

They're slowly restocking their shelves and welcoming shoppers back into the store.

"We have a nice sign that says, 'Welcome Back.' And we feel that way, welcome back! Hopefully everybody else can choose the same route that we're choosing and that we don't lose a lot of businesses."