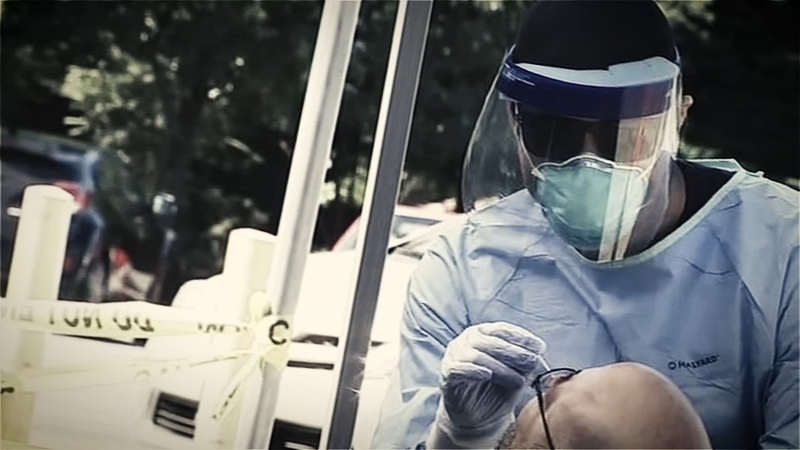 PHILADELPHIA (WPVI) -- Delays in testing and getting test results allows coronavirus to spread further, experts say. And in some areas of the country, results are taking more than a week, even up to two weeks to come back.

ABC's data journalism team looked at overall testing, ranking all 50 states plus the District of Columbia on testing per capita (per 1,000,000).

- Pennsylvania lags behind coming in 46th

A study in the Lancet shows any delay in testing, three or more days, hinders the effort to control the virus.

Adding to the issue is a delay in turn-around time for results.

Philadelphia's health commissioner says for some in the city, it's taking up to seven days.

"It's a quarter of our testing but it's possible that our view of what has happened in the last few days is thrown off due to this delay," Dr. Thomas Farley said.

It also hurts contact tracing which is identifying who may have been exposed.

"We don't know about these cases most of the time until there's a positive result...So if we don't get the result back for so long, by that point any contacts may already have gone out and gotten other people sick," said Dr. David Damsker, health director of Bucks County.

Lab Corp and Quest have acknowledged it is taking four to six days for results in many cases.