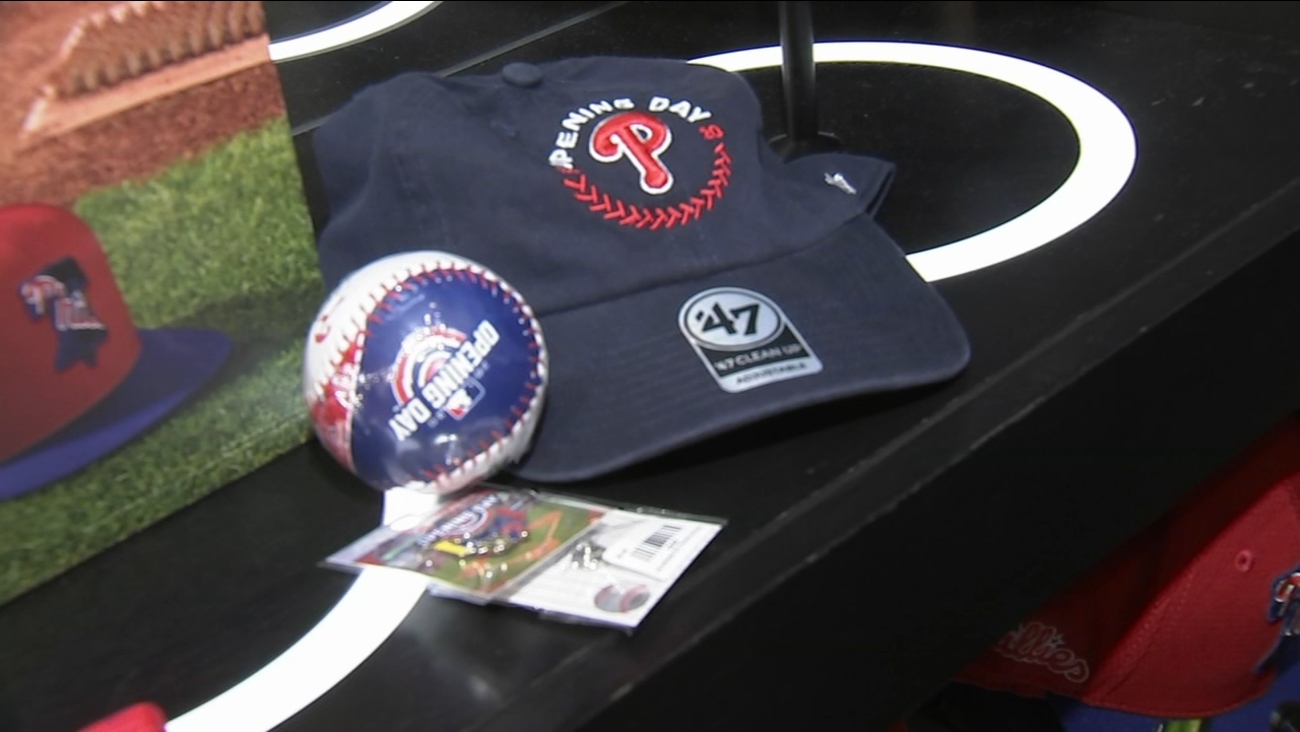 Opening Day 2020 for the Phillies will look a little different from years past.

PHILADELPHIA (WPVI) -- Opening Day 2020 for the Phillies will look a little different from years past.

When the first pitch gets thrown out at 7:05 p.m. Friday, there won't be any fans in the stands of Citizens Bank Park, but there will still be a roar from the crowd.

He hopes the crowd noise will make the park feel like it's full of loyal fans.

"Philly fans are the best, so there's a home-field advantage that we're missing out on," said Buck.

Even with a delayed Opening Day, there's still excitement in the air.

"It's been fun, a lot of repeat customers who are popping in," said Bobby Tomaselli, Citizens Bank Park's Retail Director speaking of the team's retail store.

The team store is the only accessible area for fans at the ballpark. The store has created specials for Opening Day including free headbands for shoppers while supplies last.

The store is open Monday through Friday from 10 a.m. to 6 p.m. Facemasks are required.

As the Phillies take on the Marlins, it may look like there are people in the stands. That's because the Phillies are using cardboard cut out of fans.

Season ticket holders can be featured in the stands for $25 each, with the money going to charity. The public should get a chance to buy their cut-outs next week.

On opening night, and in the following two games, the photos in the stands will be of doctors and nurses who have helped in the fight against COVID-19.

Opening night will feature all of the pre-game ceremonies that fans have come to expect, and the entire event will be broadcast live starting at 6:40 pm.

The Phillies marked these events as some of the highlights of the opening ceremony:

0Pre-game highlights begin at 6:40 p.m. and include: Introduction of the Phillies' starting lineup, which will feature a symbolic showing of unity by players.

Moment of silence in memory of those from the Phillies family who recently passed away, as well as Americans who lost their lives to COVID-19.

A ceremonial first pitch by Alex Chiem, a clinical nurse at Jefferson Methodist Hospital, in honor of frontline workers who are working tirelessly during the global pandemic.

Also making a ceremonial first pitch and representing Nemours Children's Health will be 16-year-old Lauren Garrett, who will be accompanied by her physical therapist Stacey Travis-Treacy. Garrett is recovering from a cheerleading accident that left her paralyzed and has been working hard to recover with her team at Nemours. (Note: ceremonial pitches were also pre-recorded.)

There will be interactive options 24-7 on the team's website. It's an effort to engage fans as they anxiously await the day when they can be back in the stands.