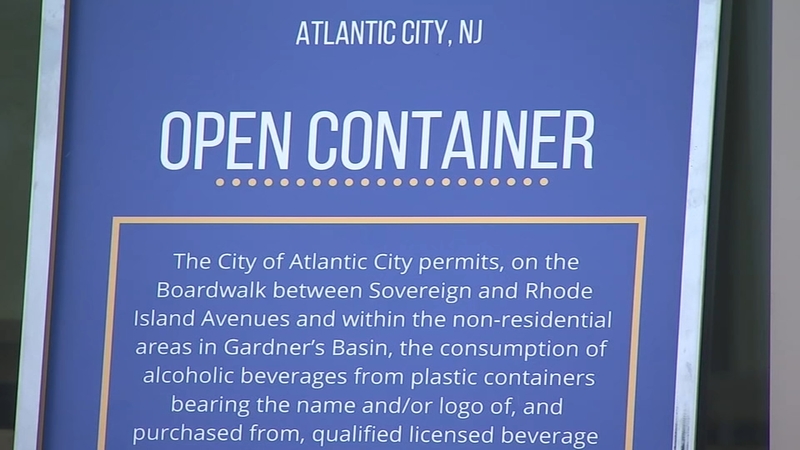 ATLANTIC CITY, New Jersey (WPVI) -- After weeks of cancelled bookings and closed boardwalks, the shore is coming back to life. That is especially true in Atlantic City, thanks to a new rule meant to help some businesses rebound.

Atlantic City's mayor, Marty Small, signed an executive order in early June allowing for open alcohol containers on some parts of the boardwalk, which has made the difference between some stores closing or opening for the summer season.

"It's nice to come down here and be able to drink and walk and explore all the shops," said Kayla Mrosko, visiting from East Liverpool, Ohio.

The owner of Wet Willies, who relies on serving frozen daiquiris, said booze on the boardwalk has made all the difference.

"We wouldn't be open if it was not for open container, and it's the only way we can sell our product at this particular point in time," said John DeLuca, the owner of Wet Willies.

Some retail shop owners said while they've seen an increase in people on the boardwalk, the new executive order has raised concerns about public drunkenness and disorderly conduct.

Mayor Small said he hasn't heard of any issues, and said his executive order has been able to help business on the boardwalk.

Mayor Small said hopefully next week legislation will be approved through the full senate, and then the executive order can become permanent.
Report a correction or typo
Related topics:
businessatlantic citybusinessdown at the shorealcohol
Copyright © 2021 WPVI-TV. All Rights Reserved.
More Videos
From CNN Newsource affiliates
TOP STORIES