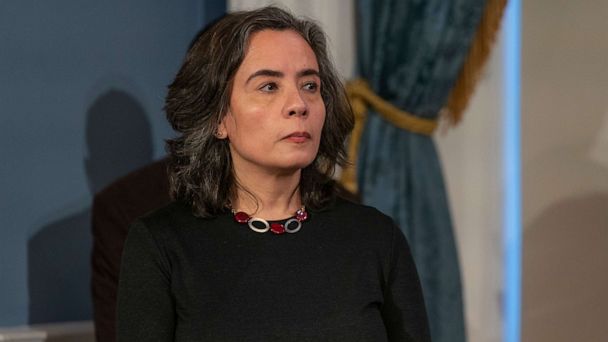 Dr. Oxiris Barbot resigned as New York City's health commissioner, saying in her resignation letter that "the Health Department's incomparable disease control expertise was not used to the degree it could have been."

"I leave my post today with deep disappointment," her resignation letter said, taking aim at Mayor Bill de Blasio's administration. "Our experts are world renowned for their epidemiology, surveillance and response work. The city would be well served by having them at the strategic center of the response not in the background."


Her replacement was immediately announced as Dr. Dave Chokshi, a Rhodes Scholar who served at the Louisiana Department of Health during Hurricane Katrina and was the principal health adviser to the Secretary of Veterans Affairs in the Obama administration.

In a letter to her staff announcing her departure, Barbot described her rise to NYC health chief.

"I am proud that as a woman of color raised in public housing in this city, I always put public health, racial equity and the well-being of the city I love first," she wrote. "My commitment to this city and to public health is unwavering."

Barbot's resignation comes after de Blasio stripped control of the city's COVID-19 contact tracing program from the health department, which has historically handled tracing. The mayor instead placed the program under Health and Hospitals, the agency that runs the city's public hospitals.


"We need an atmosphere of unity, of common purpose, and people really focusing on all the parts of this government working together," de Blasio said, a possible reference to division between the city's health department and Health and Hospitals. "What I'm saying was, it became clear that there was a need to move forward."

In recent weeks, the city's contract tracing program has come under fire after complaints from contact tracers about the program being disorganized and having poor working conditions.

Barbot also butted heads with NYPD Police Chief Terence Monahan when he asked for more face masks for his officers in March, according to the New York Post. Following the incident, which was widely reported in the media, Barbot disappeared from public view for days -- at the height of the coronavirus outbreak in New York City.