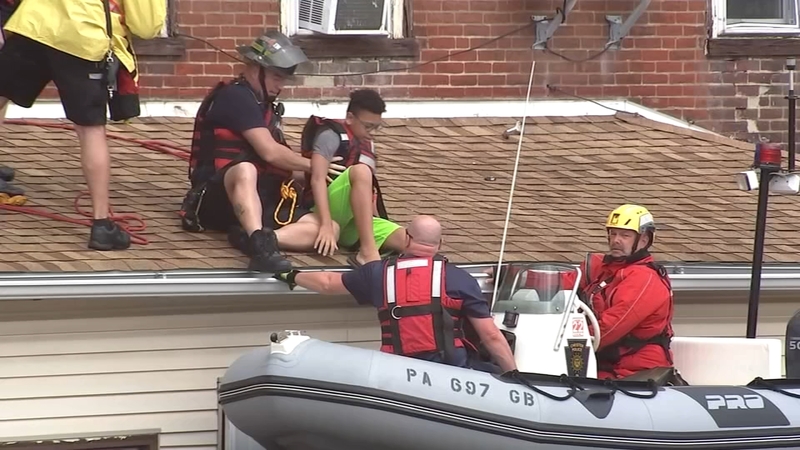 Wearing life vests, the boys held the hands of water rescue crewmen. They made the careful climb down the awning and into the waiting raft in floodwaters.

The children were reunited with their mother, Marissa Tucker, who was relieved to see they were OK.

"I'm pregnant so I was at an OBGYN appointment," said Tucker. "I left a little before 10 a.m. and it was definitely not like this."

The rapid floodwaters overflowed from Darby Creek right behind their house, submerging the ground floor of homes and businesses.

The water caught many off guard.

Rob Pellegrino was startled by police officers knocking at his door saying it was time to clear out.

"They made us evacuate just with the clothes on her back," said Pellegrino.

The intersection of MacDade Boulevard and Springfield Road is notorious for its flooding. Believe it or not, Isaias floodwaters didn't break any records in Darby Borough.