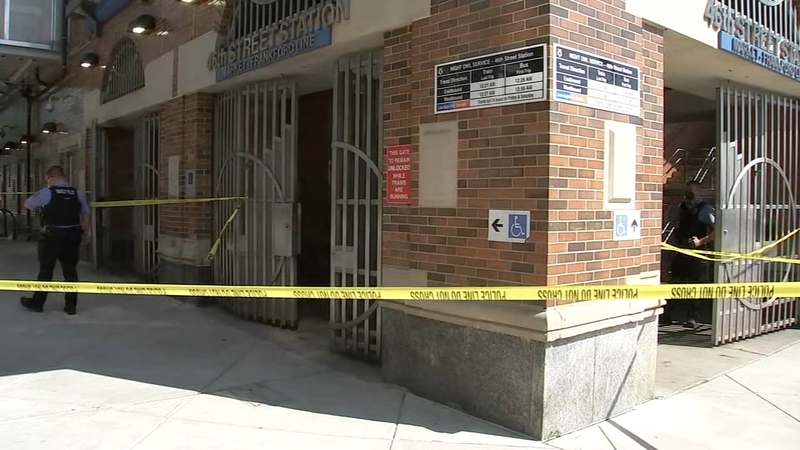 PHILADELPHIA (WPVI) -- Philadelphia police are investigating a shooting on a SEPTA platform that left a woman injured on Wednesday afternoon.

It happened around 3 p.m. at the Market-Frankford El station at 46th and Market in West Philadelphia.

Police say a 33-year-old woman was shot multiple times in the stomach and once in the leg.

Police say the woman was getting off a train when someone fired shots into a crowd, hitting her.

CHOPPER 6 VIDEO: Philadelphia police are investigating a shooting on a SEPTA platform that left a woman injured on Wednesday.

She was rushed to the hospital where she's listed in serious but stable condition.

Three people are being questioned, but police believe a fourth suspect initially got away.

Late Wednesday night, police confirmed to Action News that the fourth suspect was taken into custody.

There is no immediate word on charges against those responsible at this time.

Anyone with any information is asked to call police at 215-686-TIPS.
Report a correction or typo
Related topics:
philadelphiacrimeseptashooting
Copyright © 2021 WPVI-TV. All Rights Reserved.
More Videos
From CNN Newsource affiliates
TOP STORIES