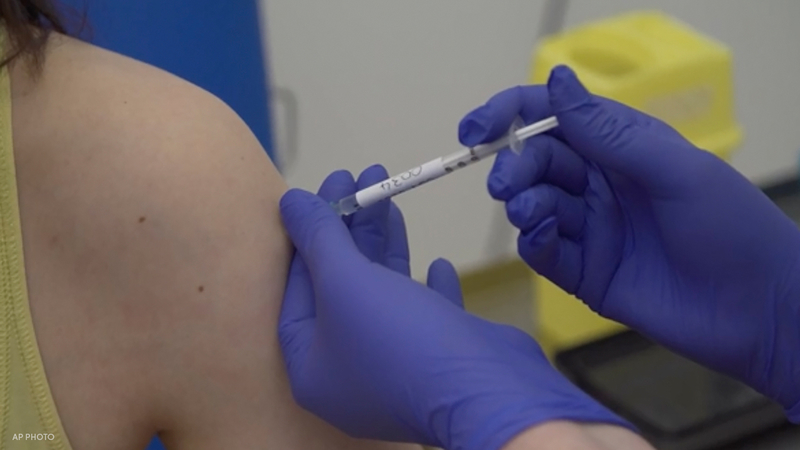 "There's no way. There's just no way," said Dr. Peter Hotez, a vaccinologist at Baylor College of Medicine and a CNN medical analyst.

Last week President Trump said he was "optimistic" a vaccine would be ready around Election Day on November 3.

"I believe we'll have the vaccine before the end of the year, certainly, but around that date, yes. I think so," Trump said Thursday.

CNN obtained part of an email Moderna sent on Friday to the principal investigators of its vaccine trials. It says 4,536 study subjects have enrolled in the trials.

The trial started the morning of July 27 and intends to enroll 30,000 study subjects. The company has said it's "on track to complete enrollment in September."

RELATED: Certain masks may be worse than no mask at all, preliminary Duke study finds

Moderna won't make that 30,000 in September if they continue at the rate of the first two weeks, but it's likely the speed of enrollment will ramp up, since as of Friday only 54 of the study's 89 sites were operating, according to the company's email to its researchers.

Moderna's numbers did increase significantly from the first week of the trial to the second week.

Even if Moderna does reach its goal of full enrollment during the month of September, the company still won't have a vaccine on the market by Election Day, infectious disease experts say.

"I don't see how that would be possible," said Dr. Paul Offit, a vaccinologist at Children's Hospital of Philadelphia.

After Moderna enrolls its subjects and gives them their first shot, they then have to wait 28 days before giving them a second shot.

That means participants enrolled at the end of September won't be getting their second injections until the end of October. Offit said they then have to wait two weeks for the vaccine to become fully effective.

"That takes you past Election Day," Offit said.

RELATED: Certain masks may be worse than no mask at all, preliminary Duke study finds

After that, the researchers have to wait and see who gets sick with Covid-19 and who does not. Half the study participants are receiving the real vaccine, and half get a placebo, or a shot that does nothing. Neither the participants nor the doctors giving the vaccines know who got which injections.

Both Offit and Hotez predict there will be results from the Moderna study in the first quarter of 2021 at the earliest.

"Maybe by Inauguration Day we might have a glimmer of whether the vaccine is working and be able to assess its safety," Hotez said.

The National Institutes of Health is collaborating with Moderna on the coronavirus vaccine.

"I can't comment about whether getting their enrollment done by the end of September is realistic or not, but I do think the daily enrollments should go up in the next couple of weeks compared to where they were for the first two weeks," said Dr. Francis Collins, director of the NIH.

Dr. Carl Fichtenbaum, who is running Moderna's trial at the University of Cincinnati, said he expects to start enrolling patients at his site in the middle of August. He said his goal is to enroll 500 patients, and already 2,500 patients have reached out to him inquiring about the trial.

"We're getting good numbers," he said of the trial. "I think this accrual is going to hit its target pretty quickly."

Pfizer started its Phase 2/3 study in the United States the evening of July 27. Company Chairman and CEO Albert Bourla told The Washington Post last week that "we expect that we will get in early September the 30,000" participants but did not specify if he meant by that time all 30,000 will have received one dose or two.

Bourla said they had vaccinated more than 2,000 by the first week of August.

Bourla added that he thought "by the end of September beginning of October" Pfizer would know if the vaccine worked or not, and would approach the US Food and Drug Administration for regulatory review in October. He told the Post he is hoping for a fast approval and will have vaccines manufactured and ready to distribute.

Hotez and Offit both said Bourla's timetable looked highly unlikely, given that, like Moderna, Pfizer has to give two doses, wait for the vaccine to become fully effective, and then follow study subjects to see if they get sick with Covid-19.