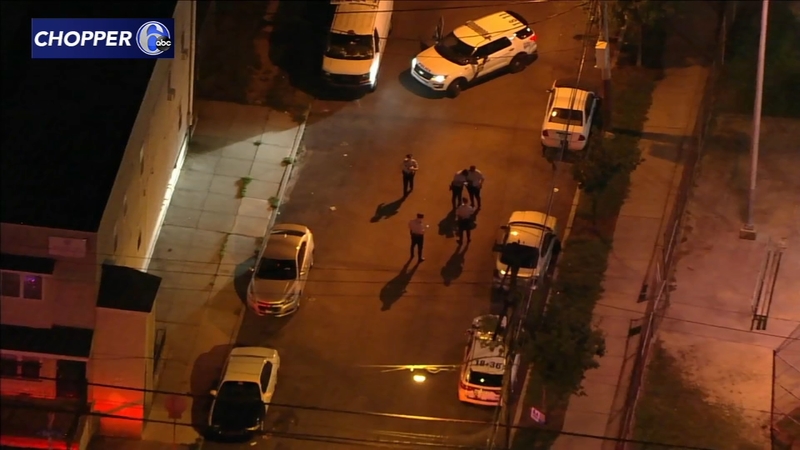 Here's a look at some of those shootings:

Philadelphia police say three people were shot around 10 p.m. on the 700 block of South 55th Street near Webster.

Police say gunfire left three men injured. They are listed in stable condition at the hospital.

The man was taken to an area hospital where he's listed in stable condition.

Around 8:51 p.m., police say a 17-year-old girl and an 18-year-old woman were both shot on the 1200 block of N. Hutchinson Street. Both victims are listed in stable condition, police say.

Police say a 23-year-old man was shot while on his porch around 8 p.m. on the 5900 block of Palmetto Street.

Police say the gunman got out of a pickup truck and opened fire on the victim.

The victim was transported to an area hospital where he's listed in critical condition.

Around 7 p.m. on the 4700 block of Tackawanna Street, police say a 52-year-old man was shot in the head. He is currently listed in critical condition.

A 33-year-old man was also shot in the leg. He is currently hospitalized with non-life-threatening injuries.

Police say a 34-year-old man was shot in his left jaw around 5 p.m. on the 200 block of West Mentor Street. He was rushed to the hospital where he later died.

Two arrests have been made in the shooting on Nedro Avenue. Suspects remain at large in connection with the remaining shootings. Anyone with any information is asked to call police at 215-686-TIPS.
Report a correction or typo
Related topics:
philadelphiacrimeshootingviolencephiladelphia police
Copyright © 2021 WPVI-TV. All Rights Reserved.
More Videos
From CNN Newsource affiliates
TOP STORIES