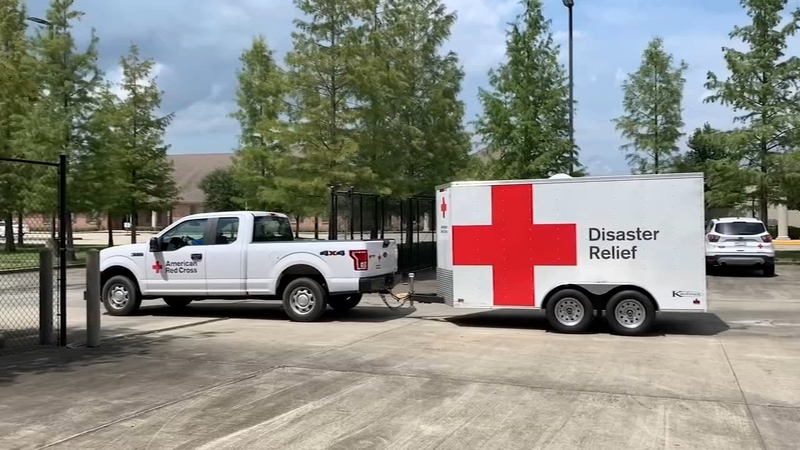 Ardmore, Pennsylvania resident Chris Evans is preparing to lend a helping hand, aiding evacuees and assessing the damage left behind.

"It's not particularly dark skies now, but there is definitely some wind. So, if you can get a sense, I don't think we're expecting anything too serious until later this evening," said Evans.

Evans is one of five local Red Cross volunteers who traveled towards Hurricane Laura, joining 600 others spread throughout Texas, Alabama and Louisiana. He left his Ardmore home for Baton Rouge Tuesday.

"Just like everybody, I'm waiting out the storm until it's safe for us to deploy. At that point, we will be going to the most affected areas and doing sheltering. We'll of course take displaced people and evacuees," said Evans.

Evans grew up in Florida, so this isn't his first experience with hurricanes. But, it is his first-ever deployment with the Red Cross as a volunteer.

"Back home, I was between jobs, I was supposed to start a master's program in the fall, which got pushed because of the pandemic. I just felt the call to do something helpful in the meantime," he said.

COVID-19 is also impacting how the Red Cross will function during disaster recovery, opting to place evacuees in hotel rooms when possible.

"There's a congregate sheltering which is the traditional sheltering you would expect in places like gyms and that sort of thing, with COVID we have to take things into consideration as far as social distancing."

Although the skies are clear at the moment, teams are ready for what will come including storm surges described by the Hurricane Center as "unsurvivable."