2 rescued, 1 injured as top floors of building burn in LA 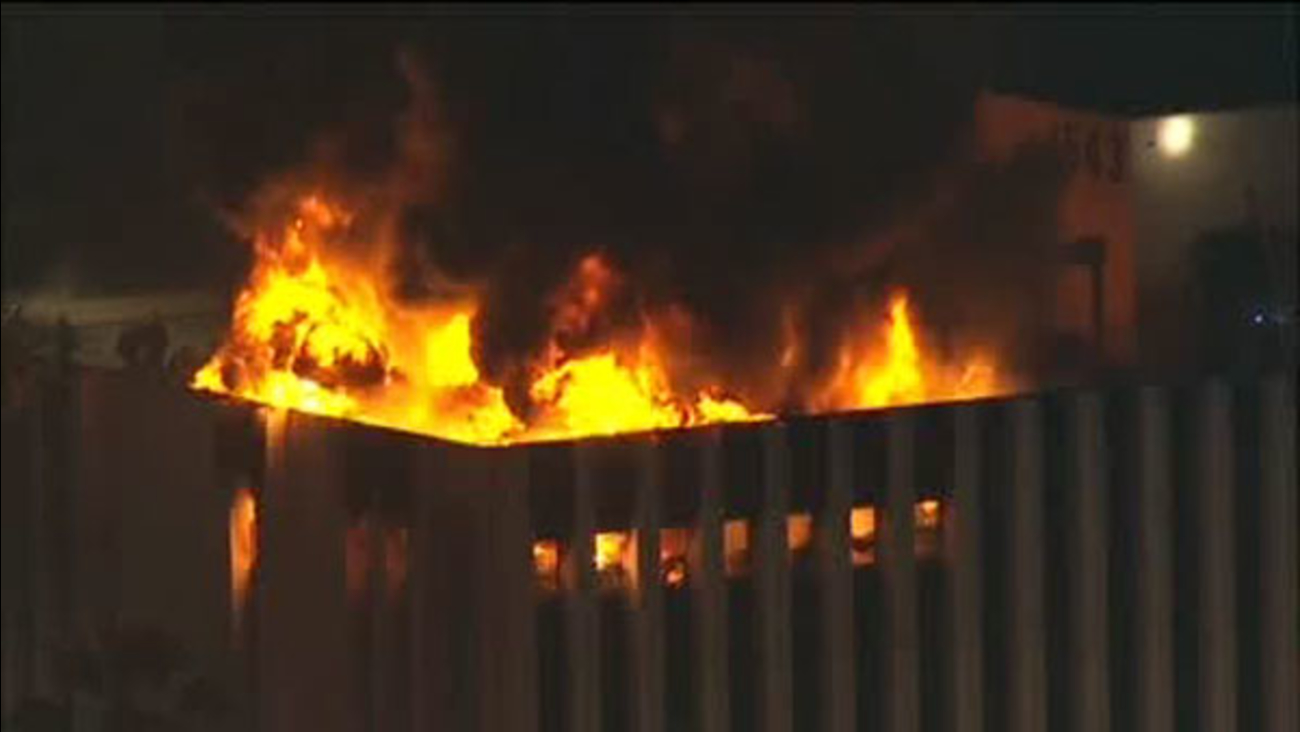 LOS ANGELES -- Two people had to be rescued and one was injured after fire engulfed the top of a building near downtown Los Angeles.

The two people were rescued from upper floors by ladder.

Curry says many businesses occupy the six-story building, and it's not clear which ones were open or occupied.

Fire officials say one person was treated for injuries that aren't life-threatening.

About 170 firefighters extinguished the blaze about an hour and 20 minutes after it broke out.

Firefighters searched the building and found no one else.

The cause is under investigation.

Fire officials say the building had no sprinklers, but it wasn't clear whether they were required.