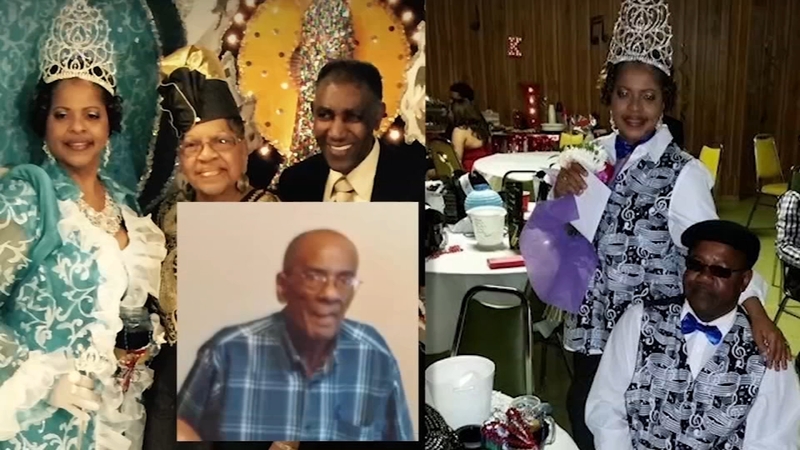 HOUSTON, Texas -- The destruction from Hurricane Laura will likely take years to clean up, and though recovery efforts are underway, some families are only starting to mourn those lost in the storm's aftermath.

A family with roots in Houston and Lake Charles, Louisiana, has the unimaginable task of grieving five family members who were killed after the hurricane passed through.

"This is never something you think will happen to you," relative Sheletta Brundidge said.

Brundidge and her family were relieved immediately after Laura rolled through. They checked on their loved ones in a Lake Charles home. They were without power, but unharmed. The next day, Brundidge said a wind blew a garage door closed, trapping a generator's carbon monoxide fumes inside.

SEE ALSO: 3 dead and 23 hospitalized in Port Arthur, all due to possible CO poisoning

"This is two generations gone in an instant," she said.

SEE ALSO: This man lost his home to Laura, but nature saved him this

"We are people of faith, and we pray. And we know God is going to get us through this difficult situation," Brundidge said.

The loved ones leave behind a legacy of faith and courage.

Clyde was a devoted usher at his church, Charles Sr. was a retired truck driver, and Rosa was a trailblazer at the United States Postal Service.

Kimberly followed in her mother's footsteps at the postal service. After Rosa was diagnosed with Alzheimer's disease, Kimberly and Chris took care of her. Each of them chose to stay with Rosa, fearing an evacuation would be too hard on her.

"You hear it all the time, people died doing what they love. They really did. They died loving her," Brundidge said.

"You never know what's going to happen tomorrow, and this is just an example for us and everyone that we need to come together now more than ever as family," Brundidge said.

All five of them will be buried after a joint funeral in Lake Charles on Sept. 13. The family were all huge New Orleans Saints fans and have contacted the team about a tribute for them as well.