By Matteo Iadonisi
PHILADELPHIA, Pa. -- When Germans founded an automotive brand in the 1930s, they called it, "Volkswagen," or, "The People's Car." But in 2020, David Thornburgh takes its namesake to another level.

His 1991 Westfalia camper is instead called the "Votes Wagon," and he drives it around Philadelphia raising awareness for the upcoming election on November 3rd. The rolling billboard is a project of the Committee of Seventy, a non-partisan civic leadership organization of which Thornburgh is the President and CEO.

"I thought this was a perfect, literally, vehicle to drive the message," Thornburgh said.

Action News tagged along as he rode around Northwest Philadelphia, meeting with small business owners and a local Congressman to discuss the ramifications of a mid-pandemic election cycle.

Mary Lawton is the founder and owner of a tax preparation business, Lawton Associates, Inc. She says she will be voting on the issues of healthcare and the economy. Although her business received a healthcare credit due to the COVID-19 pandemic, she says her original rate hiked 15% at the start of September.

Lawton voted by mail during the primaries earlier this year. She was happy to track her ballot online, but thinks senior citizens without access to email won't be so fortunate. She's hoping to have her voice heard in-person this November.

"If they're going to open up a lot more polling places than they had before, then I won't mind going to the polls," she said.

Earlier this year during the primaries, Action News found that Philadelphia polling locations were consolidated from 831 to 190, a 77% decrease.

The Committee of Seventy says that most of these polling locations should reopen for November 3rd, meaning many Philadelphians will be able to vote where they remember voting in 2018 or 2019.

The Office of Philadelphia City Commissioners frequently updates its listing with this information, which can be found here.

From a report updated on September 9, it reads, "The first batch this week are divisions that we currently intend to have remain at the same polling place as the Primary Election. Of the 412 divisions listed below, 357 (87%) will be voting at their regular polling place from the 2019 General Election."

Philadelphia Commissioner Al Schmidt recently announced via Twitter that Philadelphia has surpassed 250,000 vote by mail requests. This massive surge, a result of the COVID-19 pandemic, was also seen earlier in the year. The 2020 primary in Pennsylvania received 18 times the number of vote by mail applications compared to the primary in 2016.

The deadline to submit an application to vote by mail is Tuesday, October 27, one week before election day.

Mary Lawton prefers the in-person method to a mail-in system due to her personal experience with the postal service.

"Being a business person, I haven't gotten mail in three days," she said. "Last week, I got mail twice for the whole week."

"I don't want anyone to tell me that my ballot didn't make it," she said. "I've always voted in-person and that's what I'm going to still do," she said.

Beale Harris is the owner of Paul Beale's Flowers, a business 49 years in the making. She says this year has been the hardest. For her, the payroll tax and healthcare are at the top of the ticket.

Sandwiched between Lawton and Beale Harris' businesses on Ogontz Avenue is the office of Congressman Dwight Evans, representing Pennsylvania's 3rd voting district in the U.S. House of Representatives.

"This democracy has to be earned," said Congressman Evans. "We have to work for it. It's not something that just will happen. Voting is one of the tools in the democracy and we must never give that up," he said.

That's why he's thankful for the big, bold, red, white and blue car that shows people how to safely and securely have their vote counted. 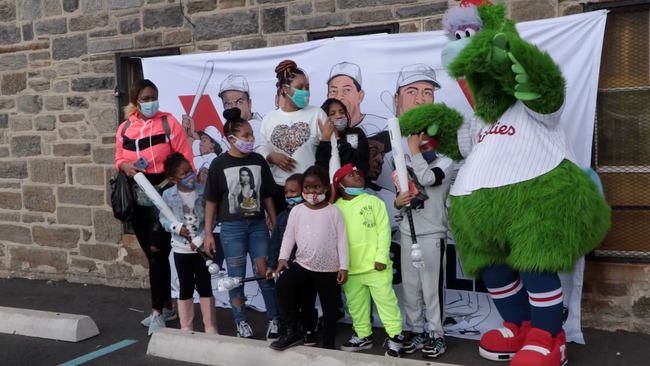 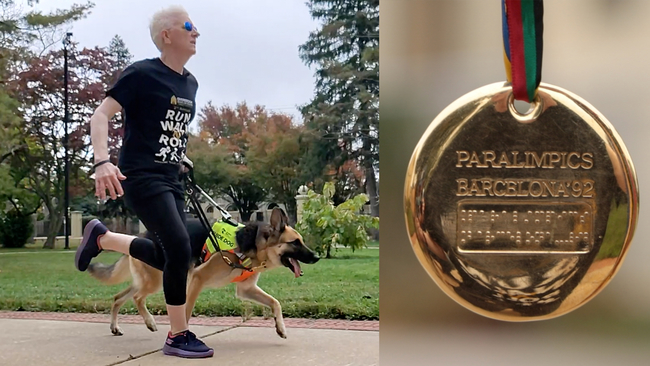