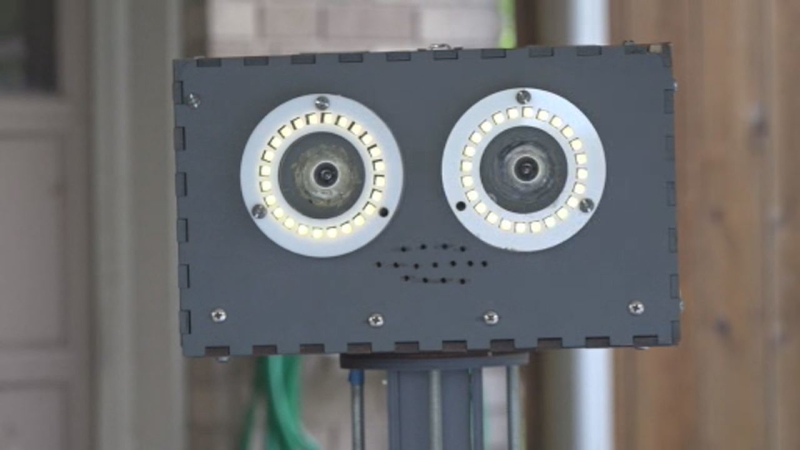 AUSTIN, Texas -- A Texas man is going to great lengths to save Halloween for the kids in his Austin neighborhood.

Luke Keyes is taking the spooky holiday to the next level with the creation of a candy-shooting cannon and a robot named Artie that hands out candy.

"Right now we probably don't want humans to hand-deliver candy, so why don't we use a robot for it?" said Keyes during an interview with ABC-affiliate KVUE-TV.

Keyes says he actually started building Artie nearly a decade ago, not knowing that it would be the key to delivering a safer Halloween during the COVID-19 pandemic.

Keyes is going all out!

He also came came up with a candy cannon that shoots treats into the air.

He calls it the "air cannon". Keyes tweeted a demonstration.

"Social distance trick-or-treating take 1," said Keyes in the video demo as he loaded up the cannon with candy.

The video ends with a kid catching the candy and running off.