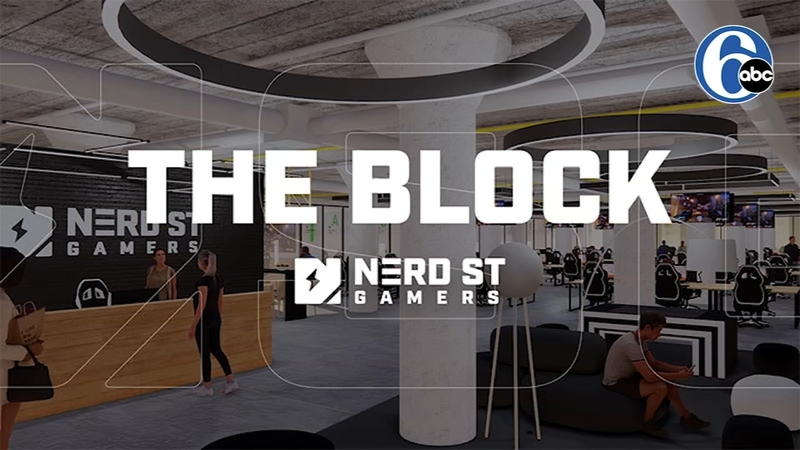 PHILADELPHIA (WPVI) -- The world's first Esports industry campus is set to launch in the heart of Philly along North Broad Street.

It's an effort to help make Philadelphia the competitive gaming capital in the country.

"The redevelopment of North Broad Street, everything that's going on in the city right now with the fusion area in South Philadelphia, this is just going to be a huge piece of that," said Pete Powell, chief of staff for Nerd Street Gamers.

Approximately 40,000 square feet in size, Powell and Nerd Street Gamers plan to design what is called "The Block."

Referencing its massive size inside the building space at 401 North Broad Street, this seven-figure investment aims to create a high-caliber facility for the community and industry.

Nerd Street Gamers is a national network of Esports facilities and events dedicated to powering competitive opportunities for gamers.

Powell says compared to the Comcast $50 million projects down the sports complex, The Block will not just be a new corporate headquarters, but also severe as an economic benefit for those searching industry opportunities that live on the East Coast.

The Block will include global broadcast studios, dedicated training centers for professional teams and schools, educational space for community partners, and a Localhost facility for national and local event invitational tournaments.

Powell says his team seeks to bring jobs along North Broad Street that are expanding in other areas like California on the West Coast.

From event production to content development as well as educational aspects that include partnerships with Temple and Drexel University, Powell believes Nerd Street Gamers will rival, if not take over, traditional sports.