Experts weigh in: What does President Donald Trump's COVID-19 diagnosis mean for the race to the White House? 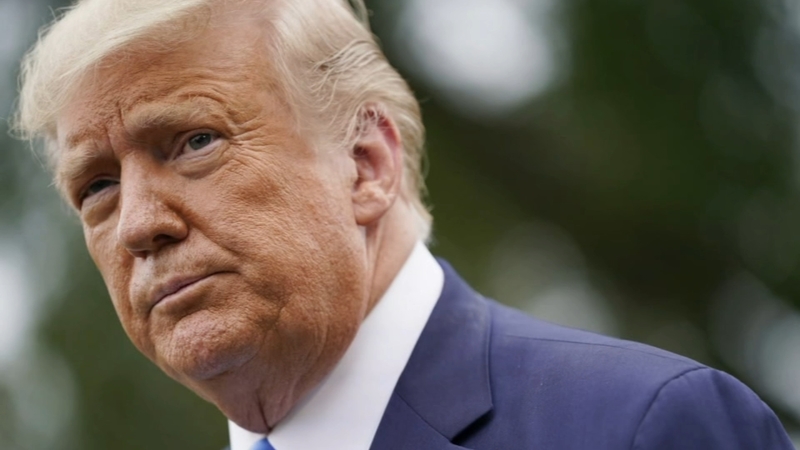 PHILADELPHIA (WPVI) -- Following President Donald Trump's positive coronavirus diagnosis, the White House said the visit to Walter Reed National Military Medical Center was precautionary and that Trump would continue to work from the hospital's presidential suite, which is equipped to allow him to keep up his official duties.

But what exactly does the president's diagnosis mean for the race to the White House?

Delegate Erin Elmore, who also worked on the 2016 Republican National Convention, says Trump will still be able to connect with voters albeit not in person.

"Certainly, President Trump is amazing in person but I will say that his Twitter following is quite large too. He knows how to communicate with the American people that's why President Trump got elected. There's a certain part of the population of the people that have never been spoken to by a politician. President Trump touched them directly and now he's just going to have to figure how to do it in a slightly different way. They already announced he's going to do a bunch of virtual events," he said.

Trump held rallies where masks were not required, while Biden would only do interviews from his Delaware home - until recently.

For The Biden campaign, the president's diagnosis could come as an 'I told you so' moment.

Mustafa Rashed, the CEO of Bellevue Strategies in Philadelphia, is a democratic strategist who has done work on past presidential campaigns.

"It's a good opportunity to say, 'They were right,' for vice president Biden and his team. To say we followed the proper guidelines and that sometimes, at some of the events with small crowds, it didn't seem like the energy that you would like at larger crowds but they were the smart, the right, the most effective thing to do right now," he said.

The most recent ABC News poll has Biden leading the president 54% to 45% among likely voters.

Rashed added that the Biden campaign should not change much of their current strategy.

"Whatever it is he has been doing has been working, so a drastic course correction is unnecessary for the Biden campaign. I think because they are ahead...they should stay the course," he said.
Report a correction or typo
Related topics:
politicsphiladelphiahealthcoronaviruspoliticspresident donald trumpvice president joe biden
Copyright © 2021 WPVI-TV. All Rights Reserved.
More Videos
From CNN Newsource affiliates
TOP STORIES