Victims of fatal I-295 crash in Gloucester County ID'd 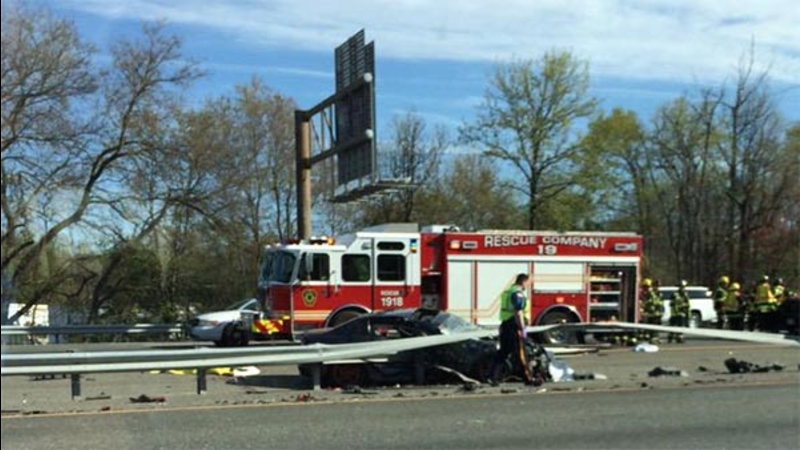 EAST GREENWICH, N.J. (WPVI) -- Action News has learned the names of the two people killed in a crash on I-295 in Gloucester County, New Jersey.

The accident occurred around 8:20 a.m. Sunday in the southbound lanes near milepost 17 in East Greenwich Township.

Two people, identified as 22-year-old Jasmine Gonzalez of Pennsauken and 22-year-old Nkemjika Anyim of Berlin, both were pronounced dead.

Three others were transported to Cooper University Hospital for treatment.

One of the surviving victims has been identified as Alicia Leyman of Gloucester City.

Police say two vehicles, one of which was an Acura, were involved in the crash.

The exact cause is still under investigation.

The accident caused closures in both directions but lanes have since reopened.