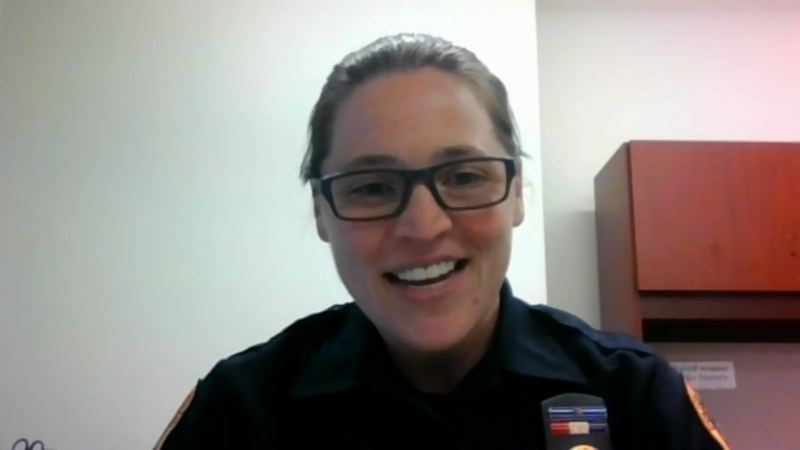 BETHLEHEM, Pennsylvania (WPVI) -- After controversy left the Bethlehem Police Department without a chief, their new leader is making history in the city.

Chief Michelle Kott is the first woman to ever lead the force and Wednesday marked her first day on the job.

"I walked passed officers that said, 'Hey chief,' this morning and I did a double-take. It is very new to me," said Kott.

Kott says she does not take her history-making role on the Bethlehem Police Department lightly.

"This puts me in a great position to try to strengthen our relationship, which has been strained because of national events, and really try to do some good in my community," said Kott.

Kott has been on the force for 16 years and started as an intern.

The new chief has the confidence of the city's mayor and city council. Tuesday night, in a unanimous decision, the city voted to promote the former captain to top cop.

Kott replaces Mark DiLuzio, the former chief who resigned after posting an offensive social media post that some saw as racist.

"Retired Chief DiLuzio, he posted that social media post. He apologized, and the city administration took their action. What I am focused on right now is moving forward, helping our community heal," said Kott.

As she settles into her new role she knows all eyes will be on her.

Her message to the community is to believe in yourself, work hard and work together.

"It doesn't matter if you're male or female, gay, straight. It doesn't matter who you are religion-wise, the color of your skin. Go out and chase your dreams and be the best you can be," said Kott.

Kott has been on the force since 2004. She says she looks forward to her new role and strengthening the relationship between the police and the community.
Report a correction or typo
Related topics:
bethlehempolice chiefpolice
Copyright © 2021 WPVI-TV. All Rights Reserved.
More Videos
From CNN Newsource affiliates
TOP STORIES