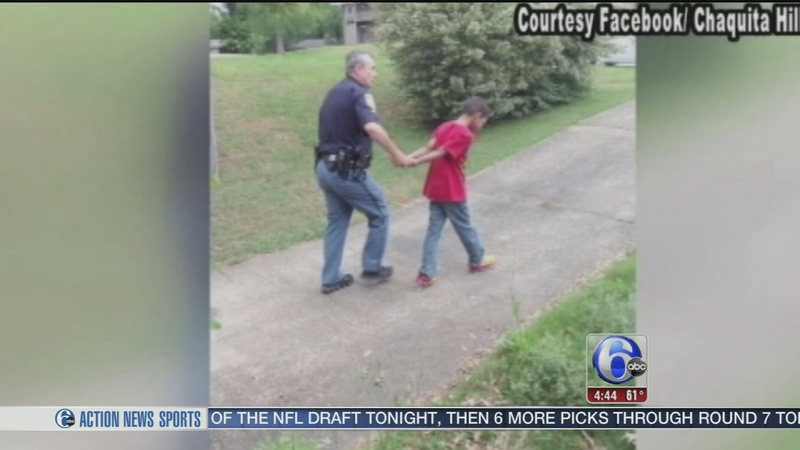 The way one Georgia mom taught her son a lesson is earning some cheers and some criticism from fellow parents.

Chaquita Hill had police "arrest" her 10-year-old son - handcuffs and all - to scare him.

Hill says her son Sean had been acting out in school by disrespecting his teacher and refusing to do school work.

She says she feared he was developing a disrespect for authority.

"Being disrespectful at any age to anyone now could get you killed," she said.

So she called the cops who arranged an arrest simulation, first talking to Sean about his behavior, then cuffing on him, and then sitting him in the back of a squad car for about five minutes.

Mom posted photos of the experience on Facebook - they are going viral with thousands weighing in on her parenting choice.