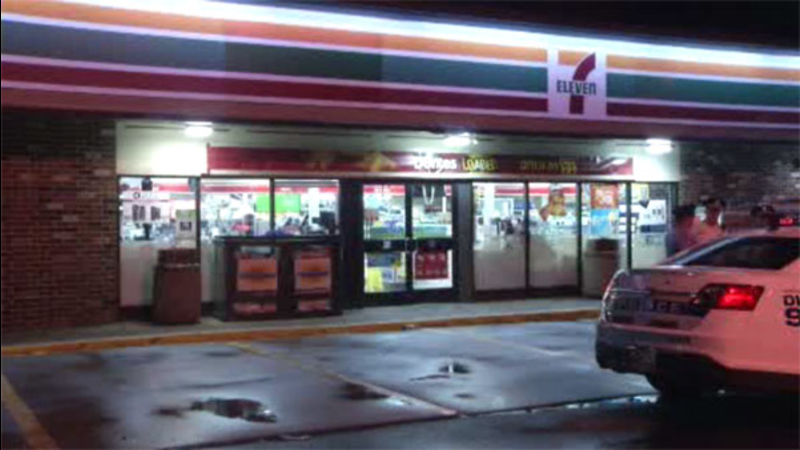 It happened around 3 a.m. at the store located on the 5200 block of Oxford Avenue.

According to police, two men, one of them armed entered the store.

One of the suspects jumped over the counter and began beating the clerk in the head, while the second suspect stood at the door as a lookout.

They took undetermined amount of cash from the registers before fleeing south on Oxford Avenue.

Police are also looking to identify the unknown female seen in the surveillance video who may have more information on this crime.

The clerk was taken to the hospital to be checked out.