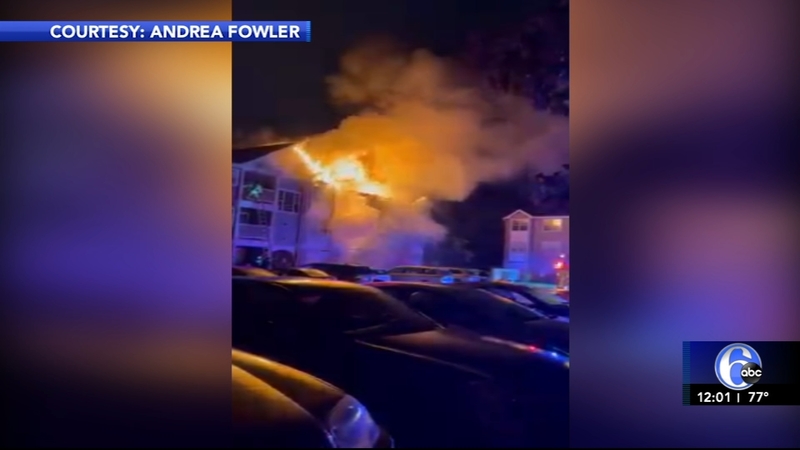 7 rescued from burning apartments in Delran

Three people were taken to the hospital. None of the injuries are considered life threatening.

The fire broke out around 3:30 a.m. Thursday on the 100 block of Natalie Road at The Grande at Rancocas Creek.

"You open the door, and it's smoke rushing in the house," described resident Devin Allen.

His grandmother added, "I just heard screaming, and once I heard the screaming I went to the door, and I could see all the smoke. Stuff falling on the ground."

Firefighters say heavy smoke was coming from the first, second, and third floors when they arrived.

Joseph Davis was one of them.

"We tried to go out the front door- it was extremely hot, burning smoke everywhere, couldn't breathe. So we shut the door and went on the backside where the balcony was, and the firefighters came on the ladder, and took us down one by one, and here we are on the ground," Davis said.

At least 19 people have been displaced.

The fire was placed under control just before 4:30 a.m.