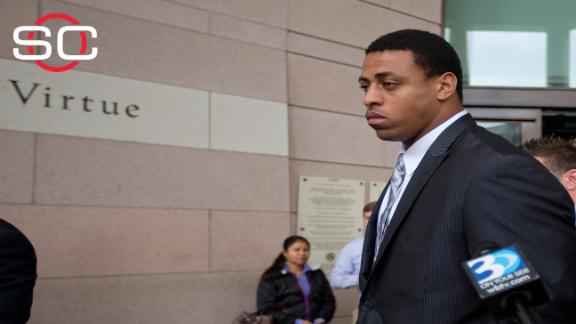 IRVING, Texas -- Dallas Cowboys defensive end Greg Hardy'sappeal of his 10-game suspension will be heard by the same arbiter who upheld the penalty againstAdrian Peterson, which prompted a prolonged court battle between the NFL and the players' association.

The appeal will be heard May 28.

The NFL Players Association had requested a neutral arbiter.

Henderson upheld the NFL's penalty for Peterson, theMinnesota Vikings'star running back,but Judge David Doty ordered the league and the NFLPA to go through the appeals process. Peterson has since been reinstated by the league.

If Hardy's appeal is denied, the case is almost assured to head to court. In the Peterson case, the NFLPA stated the NFL used the new personal conduct policy to review an incident that occurred prior to its implementation.

In doling out the 10-game suspension to Hardy last month, commissioner Roger Goodell wrote the penalty was appropriate under both the current and former personal conduct policies.

In July 2014, Hardy was found guilty of assaulting a former girlfriend, Nicole Holder, and threatening to kill her. He received a 60-day suspended sentence and 18 months' probation on misdemeanor charges. He appealed the judge's ruling in favor of a jury trial, and the case was dismissed in February when Holder chose not to cooperate with authorities after receiving a settlement from Hardy.

After reviewing court documents and photos, the league concluded Hardy used physical force against Holder in at least four instances that left bruises on her back and marks around her neck. The league, which did not interview Holder, also said Hardy was not fully cooperative in its investigation.

In addition to seeing the Peterson case get overturned, the league saw its penalty on Ray Rice get overturned by a judge, who concluded the NFL essentially punished Rice twice for the same crime.

If the 10-game suspension holds, Hardy cannot play until Thanksgiving against his former team, the Carolina Panthers.