Alarming spike in Philadelphia traffic fatalities, including hit-and-runs, this year 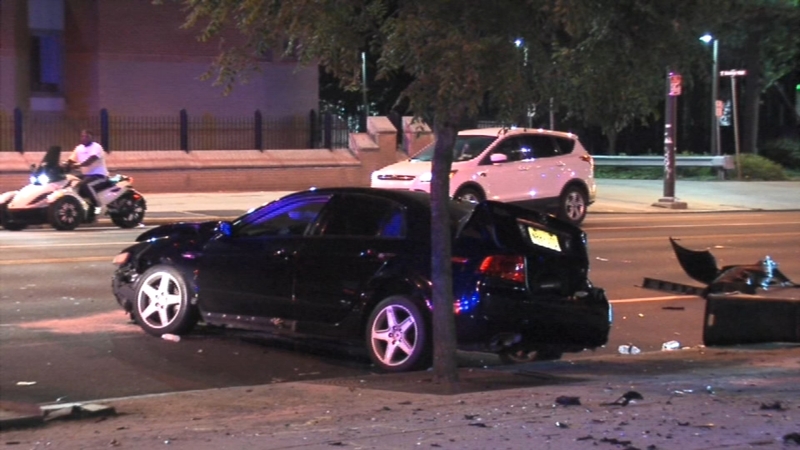 PHILADELPHIA (WPVI) -- Captain Mark Overwise from the Philadelphia Police Accident Investigation Division says the current trend in traffic incidents in the city is nothing short of disturbing.

"I'm already alarmed and I'm sure that my superiors are alarmed, as well," Overwise said.

And traffic fatalities are at the center of his concern.

So far this year, through Oct. 7, 112 people have been killed in car crashes in Philadelphia.

In other words, with more than two months remaining, 22 more people have already been killed in accidents in 2020 as compared to all of last year.

Captain Overwise said there are a number of reasons.

One of the reasons, which on the surface seems counter-intuitive is the reduction of vehicles on the roads because of the pandemic-related shutdowns and restrictions.

And the worst part is the spike in hit-and-run cases linked to those fatalities.

According to the Action News Data Journalism Team, hit-and-run drivers in Philadelphia have been responsible for 21% of traffic fatalities in 2020.

That number was 14% over the same time period last year.

Overwise said you can not overstate the importance of remaining at the scene if you're involved in a traffic incident, especially if someone is hurt or killed.

"Once you leave, that's an intentional act. So, you really need to think about is that risk worth taking? And when we finally catch you, you're going to be facing charges that you may not have faced if you stayed on location," Overwise said.

Meanwhile, many of those hit-and-runs remain unresolved and that has resulted in a backlog of cases, slowing down those individual investigations.