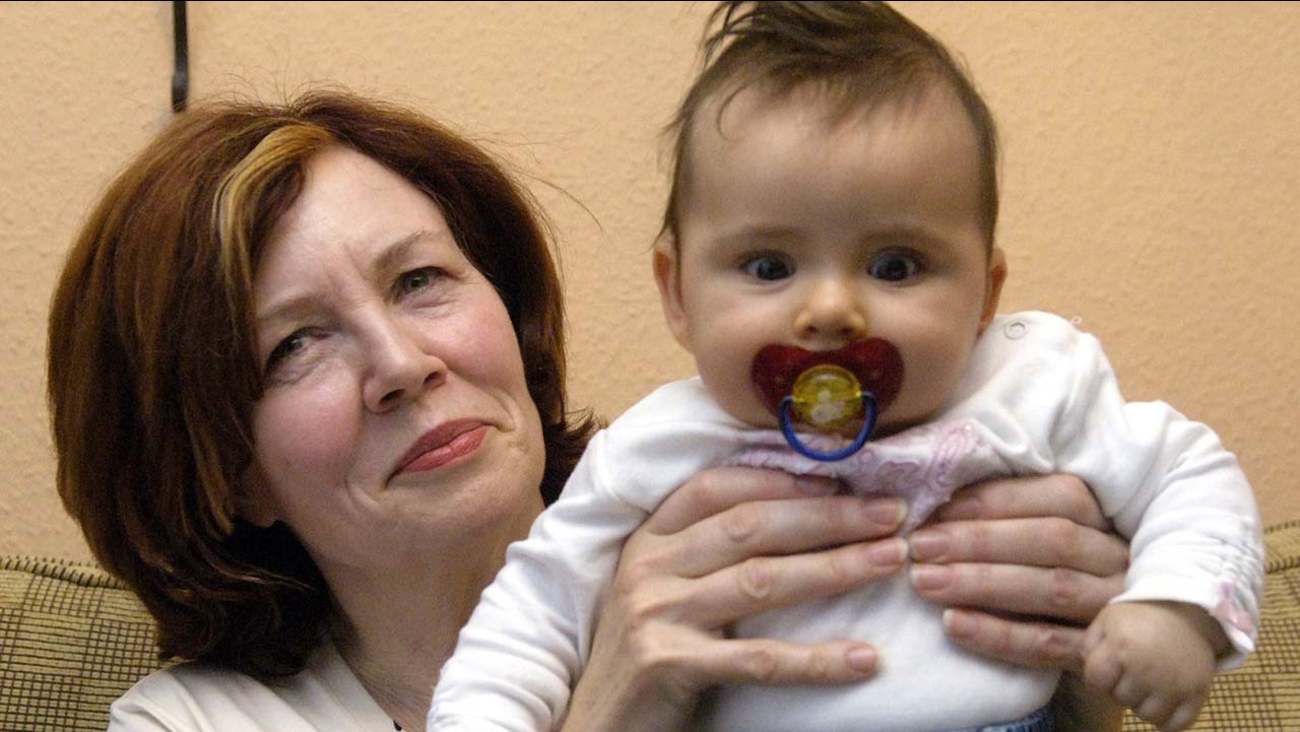 55-year-old mother Annegret Raunigk poses with her daughter Lelia on the 3rd of November in 2005. (Patrick Lux/picture-alliance/dpa/AP Images)

AP
By FRANK JORDANS
BERLIN -- A 65-year-old teacher from Berlin has given birth to quadruplets after a pregnancy that was widely criticized by medical professionals because of her age, RTL television said Saturday.

A spokeswoman for RTL said the babies stood a strong chance of survival but possible complications couldn't yet be ruled out, because they were born in the 26th week of pregnancy. Their mother was doing well, the spokeswoman said.

"Ms. Raunigk basically has no medical risk anymore," Heike Speda told The Associated Press. She said the woman had signed a contract granting RTL exclusive access in return for an undisclosed sum.

Raunigk already had 13 children ranging in age from 9 to 44, from five fathers. She told Germany's Bild newspaper last month that she decided to become pregnant again because her 9-year-old daughter wanted a younger sibling. She also has seven grandchildren.

Raunigk traveled abroad to have donated, fertilized eggs implanted - a procedure that is illegal in Germany.

Her decision prompted criticism from doctors, who questioned whether her body would be physically capable of bearing four children.

But Raunigk defended her decision, telling Bild last month: "They can see it how they want to, and I'll see it the way I think is right."
Related topics:
family & parentingparentingchildrenbirthfamilyu.s. & world
Copyright © 2020 by The Associated Press. All Rights Reserved.
RELATED 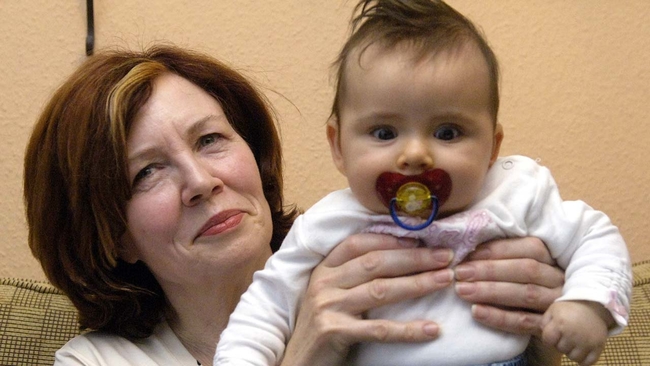