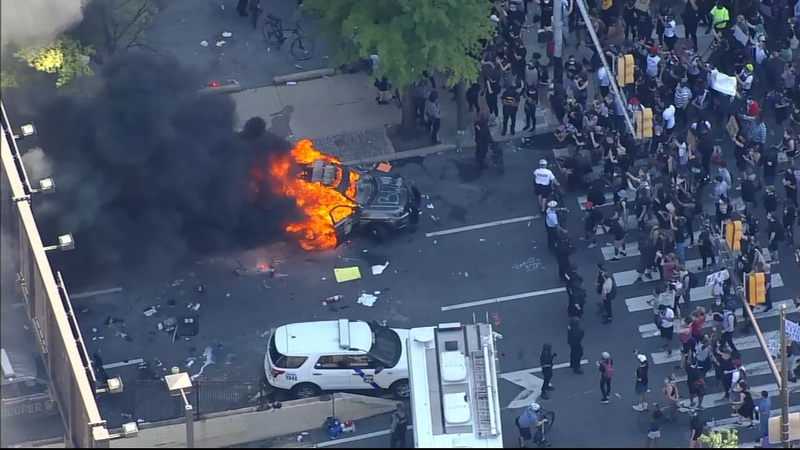 Activists call for release of protestor charged with arson

PHILADELPHIA (WPVI) -- Activists in Philadelphia are calling for the immediate release of a fellow advocate who was arrested in connection to the unrest following George Floyd's death during the end of May and into early June.

Twenty-nine-year-old Anthony Smith of Philadelphia was among the four people charged Thursday with arson and related federal offenses.

They're accused of setting a Philadelphia police car and two Pennsylvania state trooper vehicles on fire during widespread protests.

RELATED: 4 charged for arson of police vehicles during May unrest in Philadelphia
EMBED More News Videos

On Friday, the group "Philly for Real Justice" called the charges against Smith baseless and accused federal agents of targeting him for exercising his First Amendment rights.

"We look forward to Ant being completely vindicating. These charges being dismissed," Robert Saleem Holbrook, executive director of the Abolitionist Law Center, said.

Investigators use internet accounts to identify an alleged arsonist.