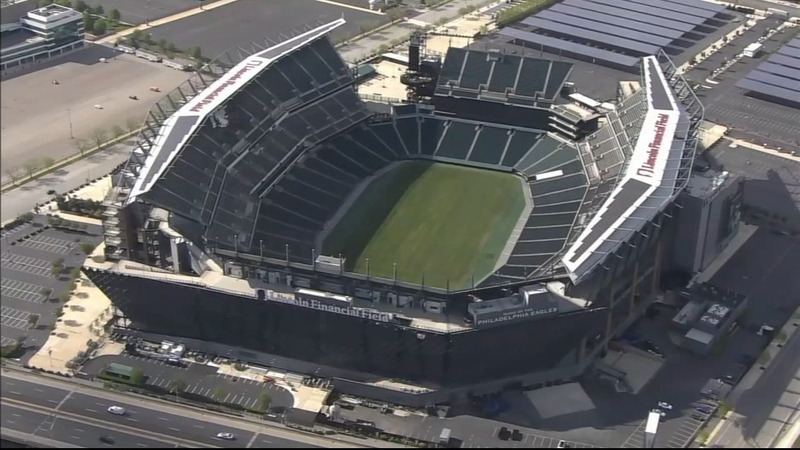 PHILADELPHIA (WPVI) -- Each year, the Philadelphia Eagles come together to honor and support members of the military as part of the NFL's Salute to Service initiative.

While the event will look a little different Sunday, the sentiment is the same.

When the Eagles take on the Cowboys here in the city, you will still find a special but socially distanced celebration of our heroes.

"I don't want these men and women to get lost in the shuffle," said Paul Muller, president of Tri-State Toyota Dealers Association.

Roman says he was knocked down but getting up and living.

"He was blinded with an explosive device and has won seven swimming medals in the Paralympic Games," said Muller.

Toyota will also be on hand with their Hiring our Heroes program to get veterans in the workforce.

"We enjoy the freedoms that we have because people like this are making sacrifices. And we shouldn't forget that," Muller added.