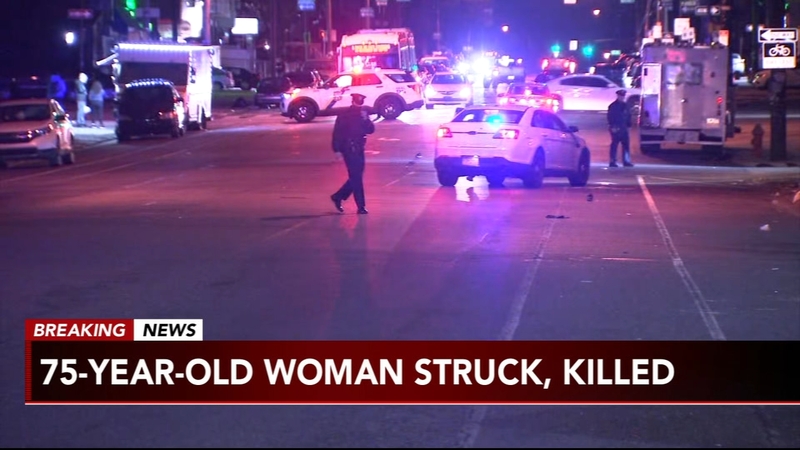 PHILADELPHIA (WPVI) -- Philadelphia police have arrested a man in connection with a fatal auto-pedestrian incident in West Kensington on Saturday night.

The crash happened around 7 p.m. on Allegheny Avenue near B Street.

A 75-year-old woman was crossing the street when she was hit by a maroon Honda Civic traveling westbound on Allegheny Avenue, officials said.

The 29-year-old male driver left the scene but later returned. He has since been arrested and charged with homicide by vehicle.

Action News spoke with a man who says he was riding a SEPTA bus down Allegheny Avenue when the crash happened, and the bus came to a sudden stop.

"One car was trying to pass another one and hit the pedestrian, and hit her so hard she flipped," said David, a witness of the incident. "Flipped in the air, sneakers came off and everything. I was on the bus when that happened. The bus stopped, and the driver called the police and everything."