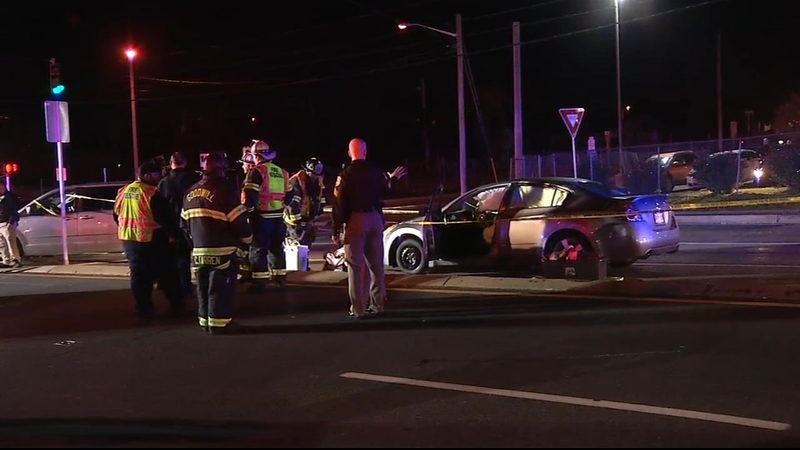 NEW CASTLE, Delaware (WPVI) -- A 23-year-old man and his 9-month-old son are hospitalized after being shot in New Castle County, Delaware.

Police were called to the unit block of Rose Lane around 9:30 p.m. Wednesday for the report of a shooting.

When officers arrived, they found a 23-year-old man and his 9-month-old son inside a parked car, both suffering from gunshot wounds.

Both victims were taken to a local area hospital for treatment.

Police said the 9-month-old is listed in stable condition after undergoing surgery for a gunshot wound to the upper body.

The father is being treated for a gunshot wound to the lower torso.

Detectives learned the father and his two sons were seated inside the vehicle on Rose Lane when it was struck multiple times by gunfire.

Police said the man's 2-year-old son who was also in the vehicle was not injured.