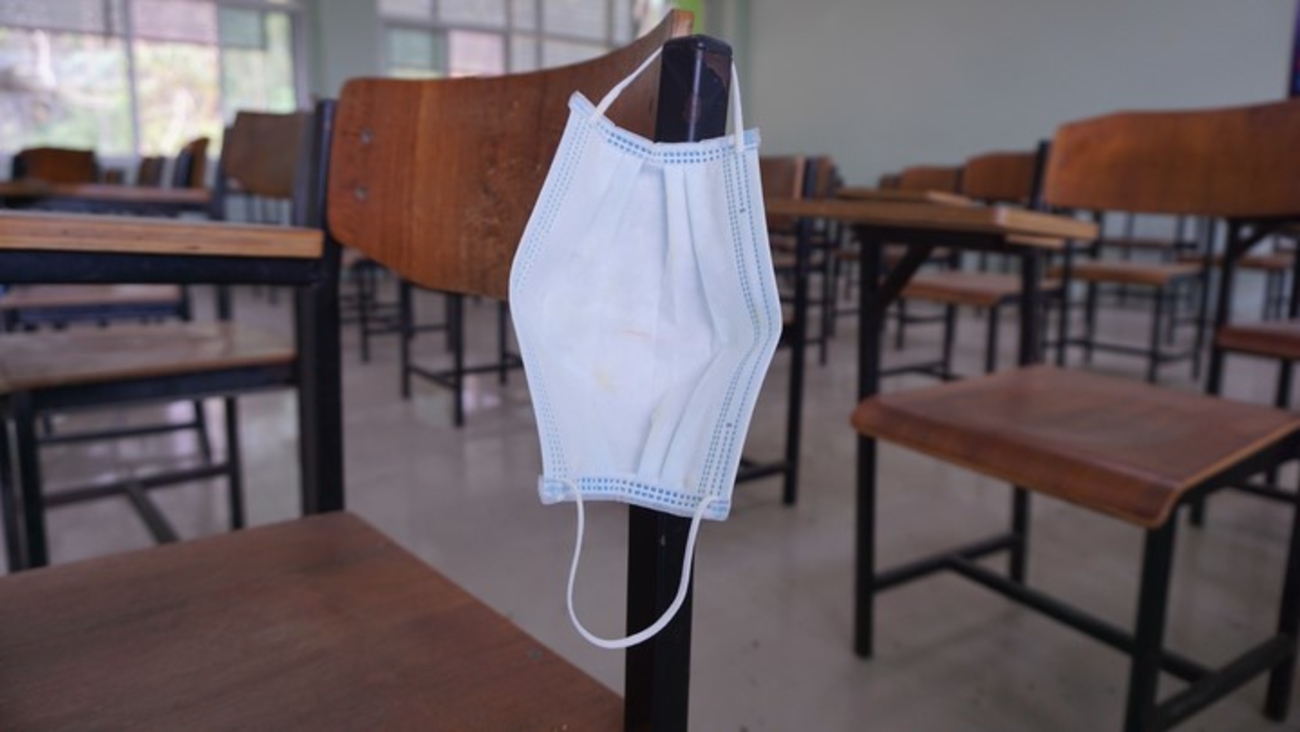 PHILADELPHIA (WPVI) -- The governors of Northeastern states including Pennsylvania, New Jersey, and Delaware joined together Thursday to speak of the importance of in-person learning as school districts across the Delaware Valley determine the safest course for students amid the growing COVID-19 pandemic.

"Medical research as well as the data from Northeastern states, from across the country, and from around the world make clear that in-person learning is safe when the appropriate protections are in place, even in communities with high transmission rates. In-person learning is the best possible scenario for children, especially those with special needs and from low-income families. There is also growing evidence that the more time children spend outside of school increases the risk of mental health harm and affects their ability to truly learn."

Last week, the Philadelphia School District delayed its plans to return some students to a hybrid learning model.

"It continues to be our goal to transition to hybrid learning; but we remain committed to doing so only when guidance says it is safe to do so," Dr. Evelyn Nunez, chief of schools, said in a letter.

Meanwhile, health officials in Pennsylvania's third-most populous county ordered schools to temporarily halt classroom instruction in what they said was an effort to contain the spread of the coronavirus.

The Montgomery County Board of Health mandated that all public and private K-12 schools in the suburban Philadelphia county offer virtual instruction for two weeks beginning Nov. 23.

Board members said Friday that rising cases counts and hospitalizations, along with the potential that children will contract the virus over Thanksgiving break and then spread it in schools, required them to act.

"It was like a moment of being speechless and wanting to scream at the top of my lungs at the same time," said parent Katrina Turtu of Telford.

Parents worry that this two-week time period may be extended and wonder why other businesses aren't being shuttered first.

In Delaware, based on a weekly review of publicly available data, the Division of Public Health (DPH) said it continues to recommend that K-12 public schools to operate in a hybrid model with a mix of in-person and remote instruction.

"Transmission of COVID-19 has been rare in Delaware schools because students, educators and staff are following the basic health guidelines and doing their part to keep children in classrooms. Exposure is primarily occurring in social settings outside of school," said Dr. Karyl Rattay, Director of DPH.

In the Garden State, the New Jersey Health Department gave Cherry Hill School District the green light to proceed with its planned hybrid learning schedule on Tuesday. Last week, a return to hybrid learning was in question, as three dozen children in the district had tested positive for COVID-19. A virtual meeting on the matter drew more than 1,400 participants.

"Please note that this is a temporary closure, and school buildings will reopen as soon as it is safe to do so," Department of Education Chancellor Richard Carranza said in a letter to parents.

The city had said since summer that school buildings would close if 3% of all the coronavirus tests performed citywide over a seven-day period came back positive. As the rate neared that point last week, de Blasio advised parents to prepare for a possible shutdown within days.