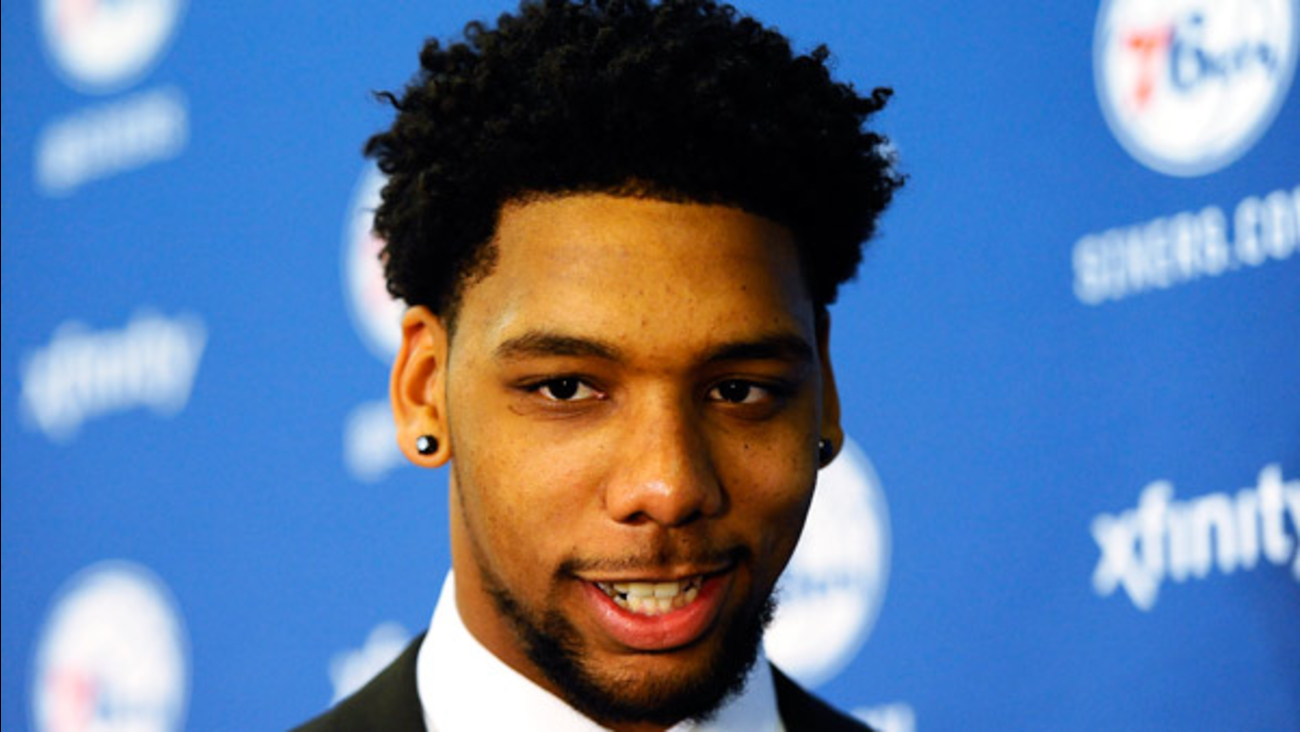 Jahlil Okafor, the first-round pick of the Philadelphia 76ers in the NBA draft, talks to reporters during a press conference at the 76ers practice facility, Saturday, June 27, 2015 (AP Photo/Michael Perez)

Okafor was the third overall pick by the 76ers in the 2015 NBA Draft.

He was drafted from Duke where he helped lead the Blue Devils to a 35-4 mark and the National Championship.

On Monday night, he achieved a game-high 20 points along with nine rebounds and two blocks in his debut at the NBA's Summer League.