Man rescued after being trapped against tree 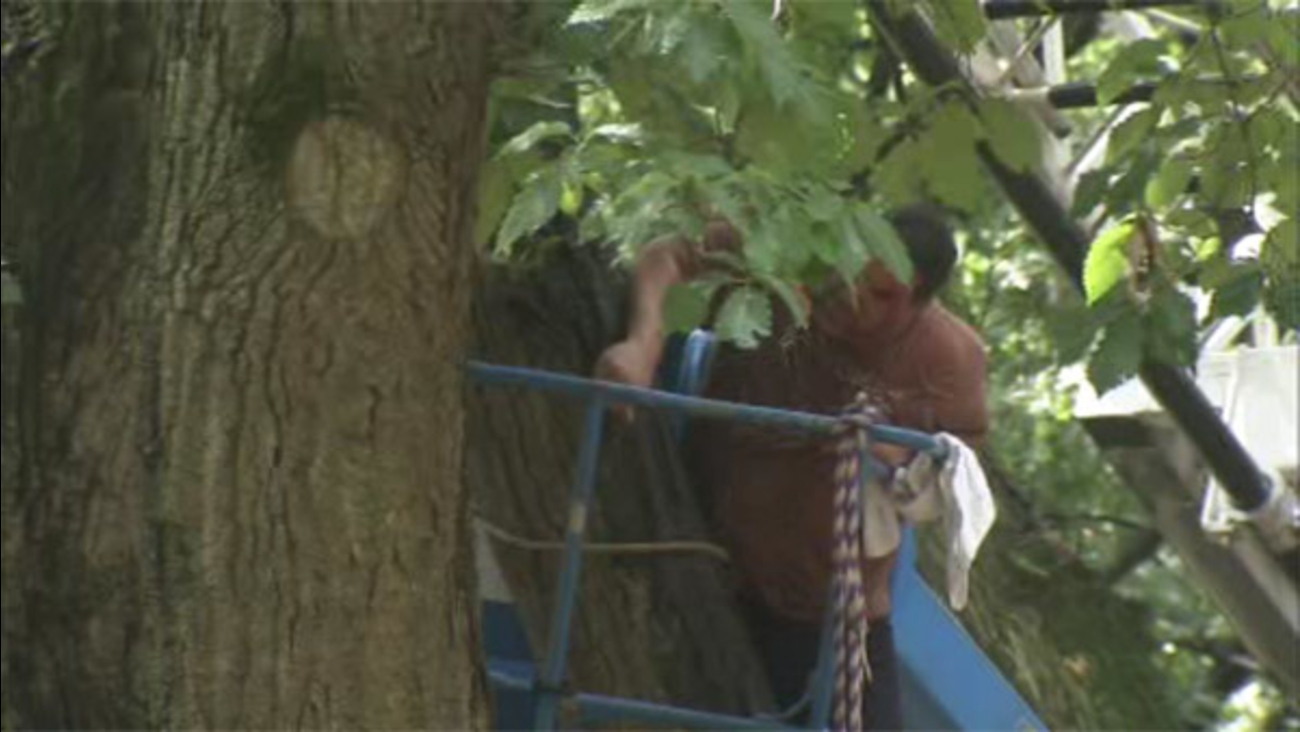 HADDONFIELD, N.J. (WPVI) -- It was a dramatic scene in Camden County after a man found himself trapped against a tree with his feet in the air.

Investigators say the 52-year-old man was trying to cut a large tree branch down when another branch fell, pinning him inside his lift.

A team of rescue experts was dispatched to the scene in Haddonfield, including doctors from Cooper University Hospital's Trauma Center.

Together, they had to figure out how to save the man without putting the crew in danger.

"The biggest concern for us was keeping the tree secured. Once he cut it, it was loose, it was still on the bucket. We wanted to make sure the tree was secured to make sure that not only the patient was safe but to make sure all of the rescuers involved would be safe," said Capt. Tim Green of the Haddonfield Fire Department.

After two hours, the man was lowered to the ground with firefighters supporting the leg that was pinned.

Officials say he's expected to keep his leg and make a full recovery.