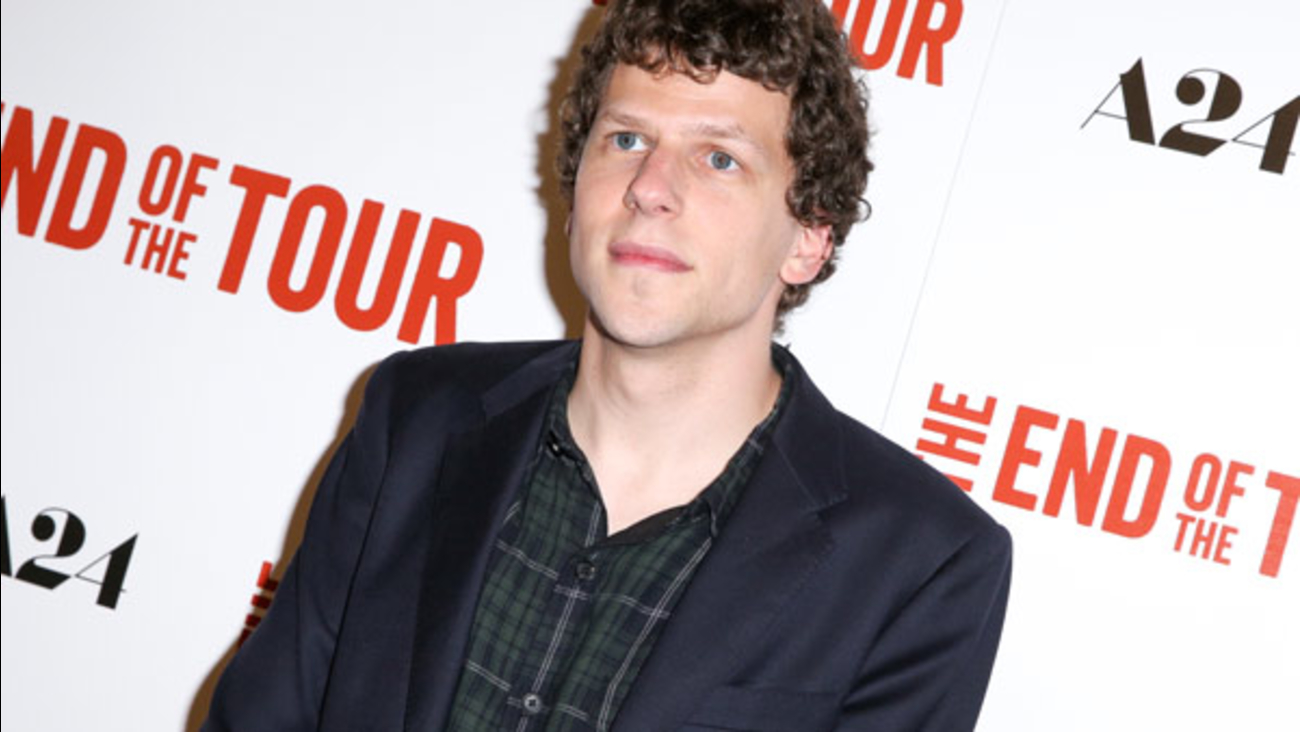 Jesse Eisenberg arrives at the LA Premiere of "The End of the Tour" at the Writers Guild Theater, on Monday, July 13, 2015, in Beverly Hills, Calif. (Photo by Rich Fury/Invision/AP)

"It is like being screamed at by thousands of people. I don't know what the experience is throughout history, probably some kind of genocide. I can't think of anything that's equivalent," Eisenberg, who plays Lex Luthor in next year's "Batman v. Superman: Dawn of Justice," said of the massive San Diego convention that ended Sunday.

On Tuesday, in an interview alongside Jason Segel promoting their film "The End of the Tour," Eisenberg explained his response.

"Maybe on some cellular memory level, that's the only thing that seems like an equivalent social experience," he said. "Even if they're saying nice things, just being shouted at by thousands of people, it's horrifying."

Segel, who has attended Comic-Con in the past, chimed in: "Whether it's positive or negative, it's still a mob."

"Yeah, it's a mob. Yeah. They were one torch away from burning me," Eisenberg said. "I'm a normal person with like normal reactions to things, so of course it's going to be terrifying. If you like that kind of thing and feed off of it in some way, you must have a miserable life."

"You know, but it's such an honor to be a part of the film. No, I mean everybody liked the movie. That was the important thing. The screaming was terrifying. ... We were on the kind of scary end of it."

"Yes I have never been on the other side, on your side of journalism. I have normally been the victim so I worked with the guy who I play, I play a real person, David Lipsky," he said. "I interviewed him. He taught me how to interview and what his process is like and now I understand the pariahs that you guys are."