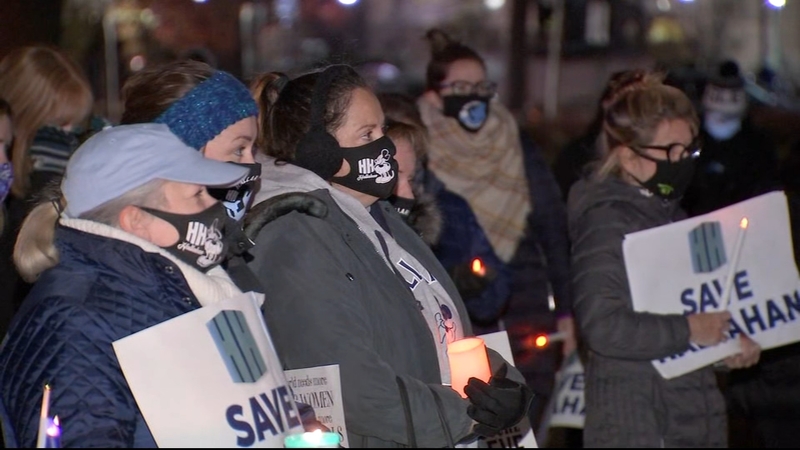 The vigil was held outside the Cathedral Basilica of Saints Peter and Paul.

From there, the group walked to the Art Museum steps to see the PECO building flashing the message "Support Hallahan High School."

Hallahan was the first all-girls Catholic school in the country.

The Archdiocese announced it will shut down Hallahan and Bishop McDevitt in Wyncote.at the end of the school year.

This summer, the Archdiocese of Philadelphia began a sustainability study of Catholic schools across the area. The group charged with that study is called Faith in the Future. It includes current and former CEOs who support Catholic school education.

Part of the decision to close the schools was financial.

The archdiocese said it had become difficult to support families needing financial aid. Enrollment at both schools is also at only about 40% capacity. Neither school has more than 400 students.

The CEO of Faith in the Future, Irene Hannah, said they had to make the difficult decision to close the schools.