Employees tied up in CVS robbery in Aston 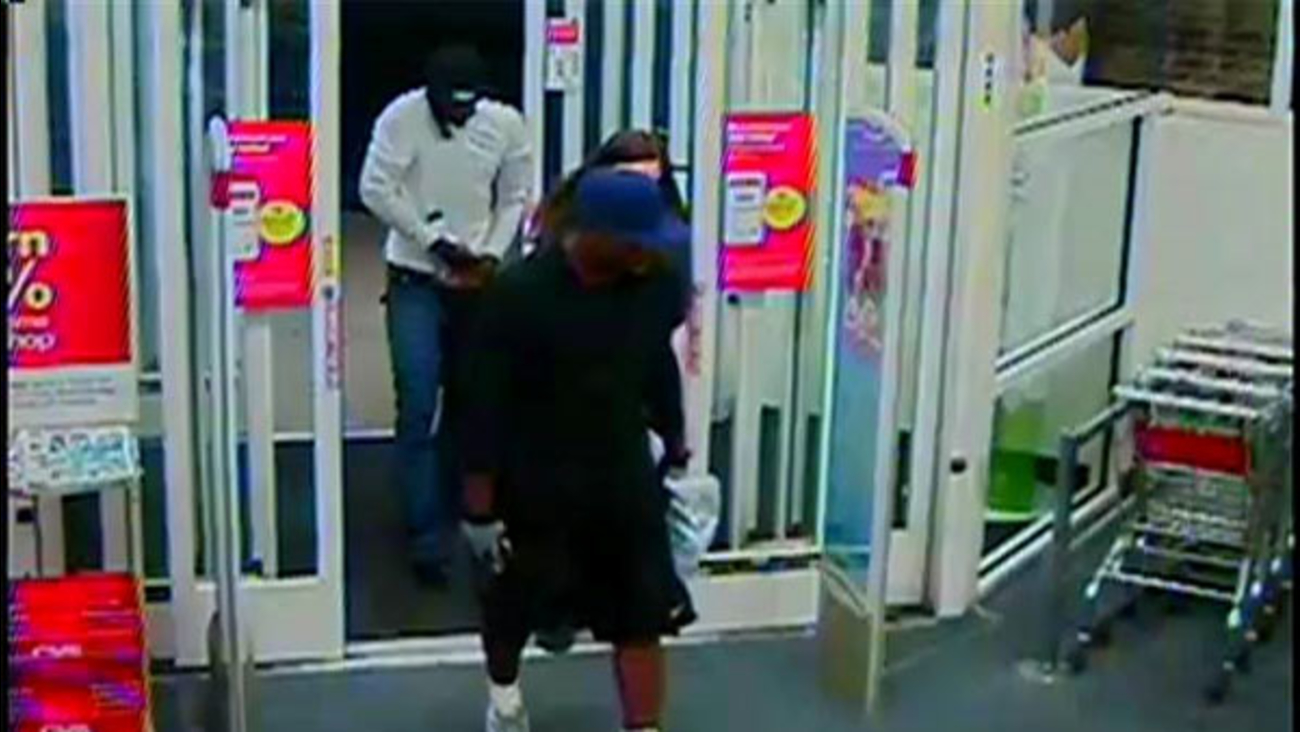 ASTON TWP., Pa. (WPVI) -- Police have released surveillance images of two suspects after workers were tied up during the robbery of a CVS store in Aston Twp., Delaware County on Saturday night.

The robbery happened around 10 p.m. at the store in the 5000 block of Pennell Road.

The workers were not harmed. The suspects got away with an undisclosed amount of money.

Suspect #1 is described as a black male in his mid 20's, standing six feet tall with tattoos on the left side of his face. He was wearing a white long sleeve t-shirt.

Suspect #2 is a black male wearing a dark shirt, blue hat and blue shorts. Police say he was in possession of a handgun.